Wyoming Brings Out The Big Guns For Coal Hearing

Gov. Matt Mead and all three members of the state's congressional testified that the federal government itself is crippling the coal industry through environmental regulations. 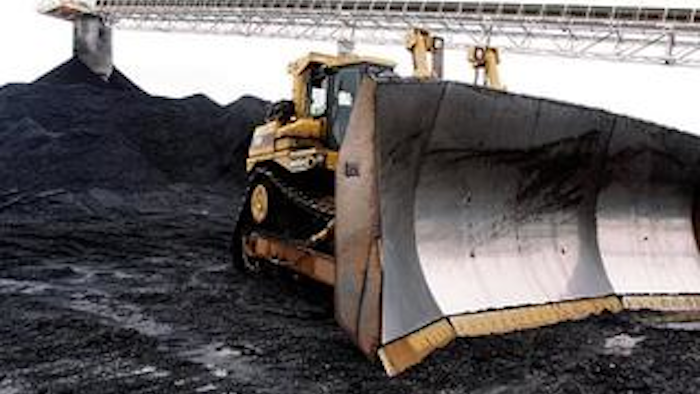 CHEYENNE, Wyo. (AP) — Wyoming brought out the big guns for Thursday's hearing in Gillette on whether to charge coal companies more to mine on federal lands.

Gov. Matt Mead and all three members of the state's congressional testified that the federal government itself is crippling the coal industry through environmental regulations.

"There isn't anybody interested in buying any coal at the moment," said Sen. Mike Enzi, R-Wyo., the state's senior senator and a former mayor of Gillette. "The market is drying up."

The meeting in Gillette, in the heart of Wyoming's coal-producing Powder River Basin, was the latest in a series that the U.S. Bureau of Land Management is holding around the West this month. The agency is seeking suggestions on how to make sure taxpayers are getting a fair return on coal production. Remaining sessions will be held Aug. 18 in Denver and Aug. 20 in Farmington, N.M.

Critics of the government's coal-leasing program say loopholes allow companies to dodge royalty payments by selling to their own subsidiaries. Industry officials, meanwhile, deny the claim and say they can't afford to pay more.

Janice M. Schneider, assistant secretary for Land and Minerals Management of the U.S. Department of the Interior, opened the Gillette meeting.

"With America's biggest land-management portfolio, I continually ask myself if we at Interior are striking the right balance between conservation and development," Schneider said. "Do we have measures in place to protect our land, our water and climate for families both today and in the future?"

Wyoming, the nation's leading coal-producing state, has entered into several multi-state legal challenges in recent years against U.S. Environmental Protection Agency regulations aimed at tightening emission standards for existing and future coal-fired power plants. The state also has been eyeing Asian markets for possible exports as a way to shore up production.

Sen. John Barrasso, R-Wyo., said BLM shouldn't consider raising fees on coal. "I find it extremely hypocritical for the administration to ask whether it's getting a fair return on federal coal, when it's gone to such lengths to suppress the demand for coal," he said.

Rep. Cynthia Lummis, R-Wyo., noted that federal law requires the BLM to maximize returns to the taxpayers from the coal leasing program. "You get no value out of coal by keeping it in the ground, and that's exactly what your colleagues at the EPA are doing with the power plant rule," she said.

Tom Lubnau, a Gillette lawyer and former Wyoming legislator, noted that some recent federal lease auctions have failed to draw any bids, so increasing fees wouldn't generate any federal revenue.

"I can't think of any other time in history where the United States federal government has declared economic warfare on a state and its people. This is that time," Lubnau said.

Jeremy Nichols, with the WildEarth Guardians group's Colorado office, said the federal government should leave coal in the ground.

"We also have to be honest with ourselves that the future of coal is bleak," Nichols said. "The reason is because of climate change. We can't keep mining and burning coal and have any chance of meaningfully reducing carbon emissions and preventing climate change."