The Labor Department said Friday its Producer Price Index, which measures inflation pressures before they reach the consumer, increased 0.2 percent in July compared to June when prices had risen 0.4 percent. 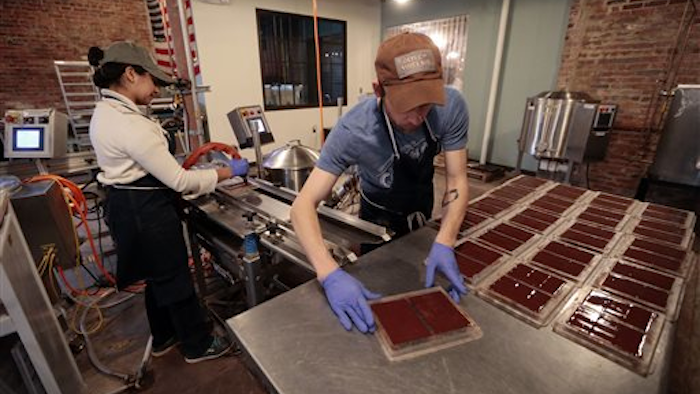 The Labor Department said Friday its Producer Price Index, which measures inflation pressures before they reach the consumer, increased 0.2 percent in July compared to June when prices had risen 0.4 percent.

The Federal Reserve has said that it needs to feel "reasonably confident" that inflation will move back to its 2 percent goal before beginning to raise interest rates from a record low near zero, where a key Fed rate has been since late 2008.

But inflation is running well below the Fed's target.

Over the past 12 months, prices at the wholesale level have fallen 0.8 percent, the sixth straight month that prices have been down on a year-over-year basis. Core prices, which exclude the volatile categories of energy and food, are up a modest 0.6 percent over the past 12 months.

A key price gauge that the Fed monitors is up by just 0.3 percent over the 12 months ending in June, reflecting the big drop in energy prices that has occurred over the past year. Even excluding food and energy, this price gauge has risen just 1.3 percent.

Many private economists have pegged the Fed's next meeting in September for a rate hike. But some economists argue that with inflation still so low, the central bank may wait until December or perhaps early next year before beginning to raise rates.

Ian Shepherdson, chief economist for Pantheon Economics, said that "the strength of the dollar means that goods prices will be constrained for the foreseeable future." But he added that the cost of services could climb, given the expectation that a strengthening job market will fuel consumer demand.

In July, food costs fell 0.1 percent in July. Egg prices, which had been surging because of the avian flu outbreak, reversed and fell 24.2 percent. Energy prices were down 0.6 percent after two months of gains.

Gasoline prices rose 1.5 percent but the cost of natural gas, home heating oil and jet fuel all declined. In addition to the big drop in egg prices, pork prices fell 5.7 percent while fish and corn prices both increased.

In the services areas, hotel rentals posted a big increase of 9.9 percent. That advanced accounted for 40 percent of the rise in service prices.