General Motors stock would have to sell for $95.51 per share for the U.S. government to break even on bailing out the company, according to a government watchdog's report released Wednesday. That price is about three times what GM shares are selling for now, even after a 25 percent increase in the price so far this year. 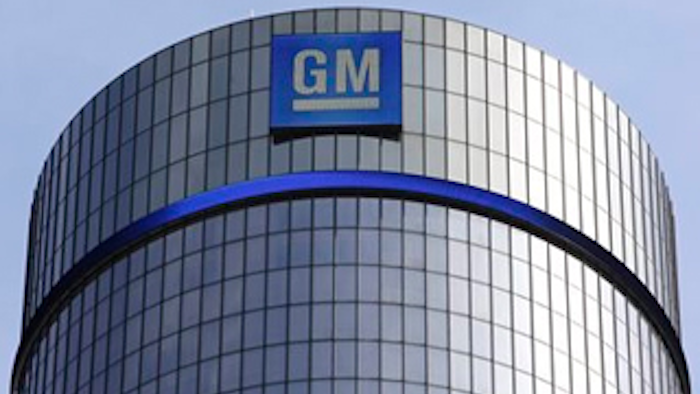 DETROIT (AP) — General Motors stock would have to sell for $95.51 per share for the U.S. government to break even on bailing out the company, according to a government watchdog's report released Wednesday.

That price is about three times what GM shares are selling for now, even after a 25 percent increase in the price so far this year.

"There's no question that Treasury, the taxpayers, are going to lose money on the GM investment," Special Inspector General Christy Romero, author of the July quarterly report to Congress, said in an interview.

GM needed the $49.5 billion bailout to survive its trip through bankruptcy restructuring in 2009. Since emerging from bankruptcy, the restructured company has piled up $17.2 billion in profits. In exchange for the bailout, the government got 61 percent of GM's stock. It cut that to 33 percent in GM's November 2010 initial public offering.

The government has gradually been selling off the rest of the stock, with the goal of exiting the investment by April of next year. As of June 6, it still owned 189 million shares, or about 14 percent of the company, according to the report.

The government is still $18.1 billion in the hole on the $49.5 billion bailout, including interest and dividends, according to the report.

If the government sells its remaining shares of GM for the current stock price of $36.61, it would get just over $6.9 billion, meaning it would lose about $11.2 billion on the bailout.

When GM was bailed out in 2008 and 2009, the government said it was necessary to stop the industrial Midwest economy from collapsing. Chrysler was bailed out for $12.5 billion at the same time. Taxpayers wound up losing $2.9 billion on that bailout, Romero's report said.

The report says that taxpayers still are owed $14.6 billion for bailing out Ally Financial Inc., which once was GM's auto lending arm. Treasury still owns 74 percent of the company, plus $5.9 billion worth of preferred stock.

Ally has made one principal payment of $2.5 billion since the bailout 4 ½ years ago. It also has paid the government $3.4 billion in dividends, according to the report.

Residential Capital LLC, or ResCap, Ally's troubled mortgage arm, filed for bankruptcy protection last year. Romero criticized Treasury for having no clear plan to deal with mortgage liabilities, which he said is preventing the government from selling its stock.

"We really want to see what's the plan here. How are taxpayers going to recoup our money? Are we taking a loss?" Romero asked.

Overall, the government allocated $474.8 billion to the TARP program to bail out banks, insurers, auto companies and others during the financial crisis. Taxpayers are still owed $57.6 billion, the report stated. Of that, the Treasury Department has written off losses of $29.6 billion, leaving a balance of $28.6 billion outstanding.

That figure excludes $8.6 billion spent on the government's bailout program for struggling homeowners. That money is designated as government subsidies and no repayment is expected, the report said. Romero said Treasury has yet to spend $29.9 billion available for the housing program.

Her report also cited continuing problems with the mortgage aid program, which has been criticized for years for failing to help enough homeowners at risk of foreclosure. The program allows modifications of mortgages for eligible homeowners. The report says the longer homeowners have stayed in the program, the greater their chance of missing payments and defaulting on their modified mortgages.

Treasury said there will always be a risk of defaults in such a program. But Treasury disputed the idea that homeowners are more likely to default the longer they're in the program, saying that in fact the longer they remain in it, the more likely they are to keep up payments and avoid default.

Treasury has taken steps to improve its ability to give "as many struggling homeowners as possible the chance to keep their home while recognizing that not all will succeed," Mark McArdle, the acting chief of homeownership preservation, said in a post on the department's website.