Under the Trans-Pacific Partnership, automobiles could be imported tax-free into the U.S. even if most parts in those vehicles were made in countries that are not in the trade alliance. 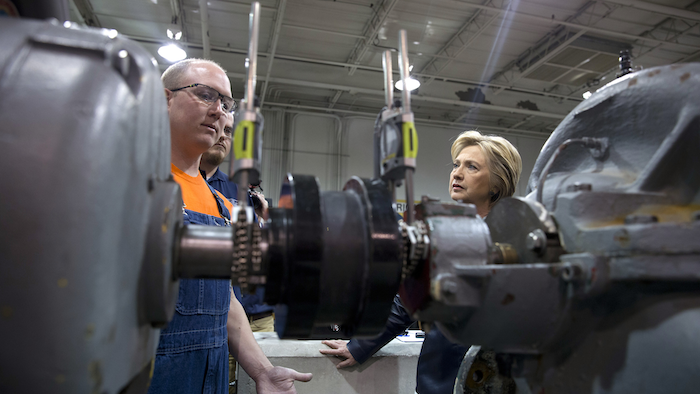 Under the Trans-Pacific Partnership, automobiles could be imported tax-free into the U.S. even if most parts in those vehicles were made in countries that are not in the trade alliance.

That's drawn opposition from auto-state senators, such as Ohio Democrat Sherrod Brown, who say it would encourage manufacturers to use cheaper parts from China, which is not part of the agreement.

"It's one of the reasons I oppose the Trans-Pacific Partnership," said Clinton, campaigning with Brown in Youngstown on Saturday night. "When I saw what was in it, it was clear to me there were too many loopholes, too many opportunities for folks to be taken advantage of."

Despite her tougher line, Clinton did not specify what standard on domestic auto parts she would favor as she campaigned in advance of the Ohio presidential primaries Tuesday. The Pacific trade deal can only be accepted or rejected by Congress in full — not further negotiated — so her position underscores her opposition to the agreement.

The Democratic presidential contender came out against the trade agreement in the fall, driving a wedge between Obama and herself. As his secretary of state, she had advocated for the agreement dozens of times, calling it the "gold standard" of trade deals as it took shape.

After a loss in Michigan last week, she is trying to boost support in Rust Belt states, where rival Bernie Sanders has shown strength. He's made opposition to trade agreements, which he argues hurt American workers, central in his campaign. Clinton promised her policies would usher in a "manufacturingrenaissance."

"I know how to get things done," she told supporters — and a few protesters — at the raucous rally. "I know that if we bring back manufacturing we can have good jobs with rising incomes again."

Sanders frequently criticizes Clinton's past support for trade deals such as the North American Free Trade Agreement and one normalizing trade relations with China. Both were signed by President Bill Clinton while she was first lady.

Sanders tweeted Friday night that as president, he would not send the Pacific agreement to Congress and he'll "continue to fight efforts to pass it," urging Clinton to join him in that cause. Clinton has not said whether she would back a renegotiated version of the deal.

"We don't need to tinker with this agreement. We need to defeat it," Sanders said in a statement. "We need an entirely new trade policy that creates jobs in this country, not more low-wage jobs abroad."

Clinton, meanwhile, highlighted her support for the federal bailout of the auto industry — a vote that Sanders opposed.

"What was so sad is that my opponent voted for it before he voted against it," she said. "There are some folks supporting my opponent in the primary who just can't stand the facts."

Trade is likely to be a concern in the primary contests Tuesday in Ohio, Illinois and Missouri. Despite the auto bailout during the recession, many communities in the manufacturing belt have struggled with the shift of factory jobs to Mexico and Asia.

The Pacific trade deal, yet to be given legislative approval in the U.S., would erase most tariffs and other trade barriers among a dozen nations that account for nearly 40 percent of global economic output. They are Australia, Brunei, Canada, Chile, Japan, Malaysia, Mexico, New Zealand, Peru, Singapore, Vietnam and the U.S.

Earlier in Missouri, Clinton denounced the heated rhetoric of Republican front-runner Donald Trump, saying she found the unrest at his Friday night rally in Chicago "deeply disturbing." Trump canceled the event after heightened tensions between supporters and protesters in the auditorium.

Speaking to a largely African-American group of campaign volunteers in St. Louis, Clinton called on voters to stand up to "this tide of bullying and bigotry and blustering that is going on in our political strategy."

"If you play with matches, you're going to start a fire you can't control," she said. 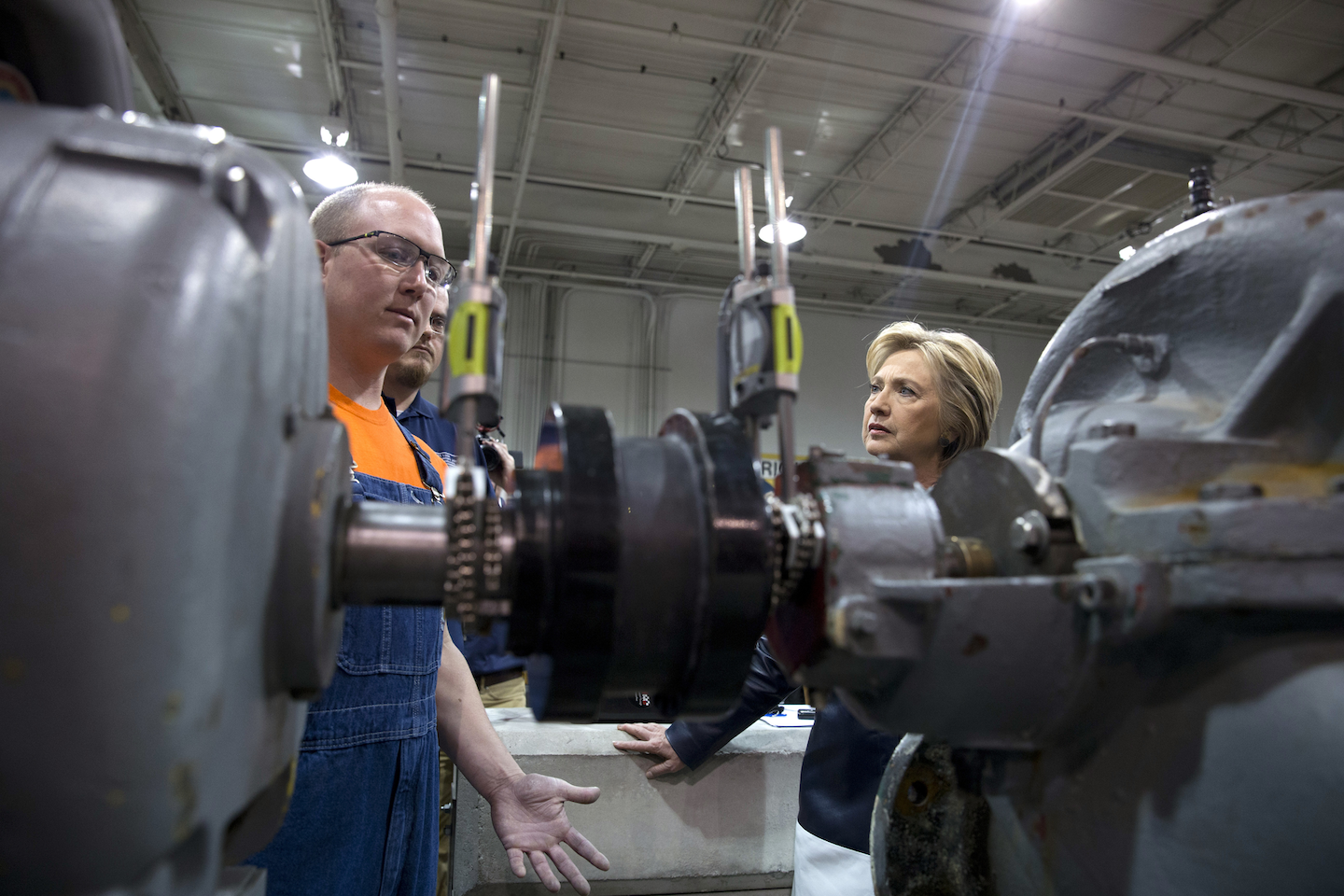 Just days into its restart, Ford production was stalled by positive COVID tests and parts shortages.
May 21st, 2020
Follow Us
Most Recent