Hillary Clinton and Bernie Sanders are putting the global economy at the center of their pitch to Democrats, trading charges about who would best represent American workers as their presidential campaign shifts to a series of Rust Belt primaries.

DETROIT (AP) — Hillary Clinton and Bernie Sanders are putting the global economy at the center of their pitch to Democrats, trading charges about who would best represent American workers as their presidential campaign shifts to a series of Rust Belt primaries.

Clinton planned to deliver a policy address Friday in Detroit outlining ways to remove economic barriers for families, giving her the opportunity to respond to Sanders, who has accused her of supporting trade deals that have had "disastrous" consequences for workers.

The Democrats' focus on manufacturing jobs and trade policy will form the backdrop for Michigan's primary on March 8 and contests a week later in Ohio, Illinois and Missouri amid global economic weakness.

President Barack Obama's decision to rescue the U.S. automakers still reverberates through the nation's manufacturing belt, but many communities have struggled with the shift of factory jobs to Mexico and Asia.

Trailing Clinton in the chase for delegates, Sanders ratcheted up his criticism of her past support for trade deals, including the North American Free Trade Agreement and normalizing trade relations with China. Both were signed by President Bill Clinton while she was first lady.

"She was very, very wrong and millions of families around this country have been suffering as a result of those disastrous trade agreements," Sanders said in Lansing, Michigan, where he was joined by union workers at a news conference.

The senator has also sought to elevate Clinton's history with the Trans Pacific Partnership, which she once called the "gold standard" while serving as Obama's secretary of state. After it was negotiated, Clinton announced her opposition to it last year, saying the final agreement didn't address her concerns about jobs, wages and national security.

In a new ad in Michigan, Sanders says that only one presidential candidate has fought trade deals "while others waffle."

In a conference call with reporters, Clinton policy adviser Jake Sullivan said Clinton has long supported updating NAFTA. And when she evaluated the final details of the TPP pact, Sullivan said "she concluded immediately that it wasn't up to snuff. So there was no pause in that — no change."

Clinton's campaign, meanwhile, is trying to undercut Sanders' credentials on the economy, accusing the senator of failing to produce a detailed plan to promote manufacturing. They also point to his past opposition to the federal Export-Import Bank, which makes and guarantees loans to help foreign customers buy U.S. goods.

"In his years in Congress, he has been AWOL when it comes to putting forward proposals that would lift up American manufacturers," Sullivan said.

Labor unions will loom large in the upcoming primaries. The AFL-CIO decided not to make an endorsement in the Democratic race during a recent executive council meeting and the United Auto Workers, a powerful union in Michigan, has yet to issue an endorsement.

Clinton has sewn up the support of most of the major labor unions, including the National Education Association and the American Federation of State, County and Municipal Employees and several large unions while Sanders has picked up the endorsement of the Communications Workers of America and a handful of smaller unions.

"The trade regime that we are living in today, that has devastated this state ... has not changed since NAFTA," said Larry Cohen, a Sanders adviser and former president of the Communications Workers of America. "And that's what this is really about." 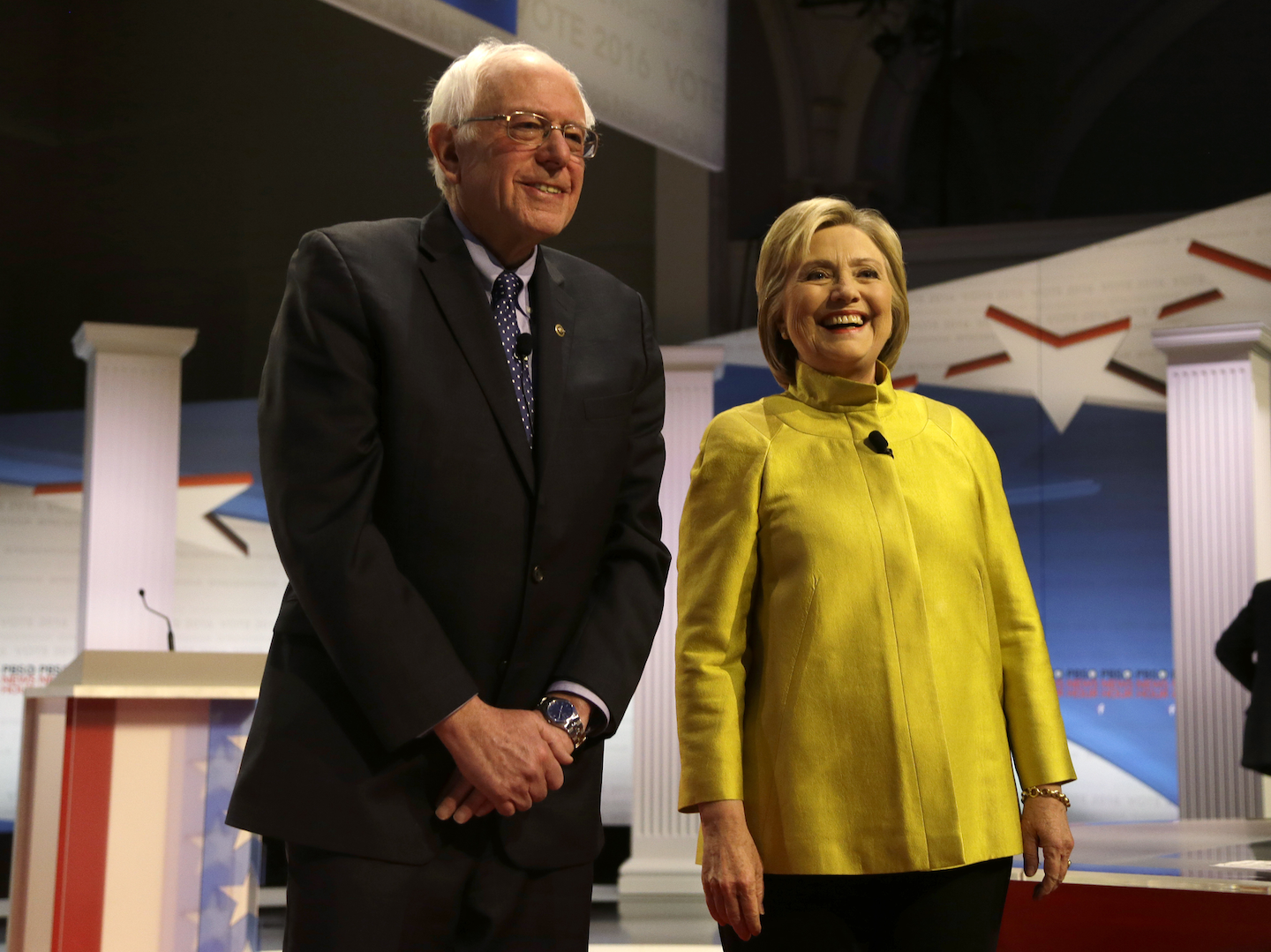 In this Feb. 11, 2016 file photo, Democratic presidential candidates Sen. Bernie Sanders, I-Vt, left, and Hillary Clinton smile as they take the stage before a Democratic presidential primary debate at the University of Wisconsin-Milwaukee, in Milwaukee. Clinton and Sanders are putting the global economy at the center of their pitch to Democrats, trading charges about who would best represent American workers as their presidential campaign shifts to a series of Rust Belt primaries. Clinton plans to deliver a policy address Friday, March 4, 2016, in Detroit outlining ways to remove economic barriers for families, giving her the opportunity to respond to Sanders, who has accused her of supporting trade deals that have had "disastrous" consequences for workers. (AP Photo/Tom Lynn, File)
Latest in Supply Chain