Though the Institute for Supply Management's services index still indicates that firms are expanding, the index had another narrow dip last month to its lowest level since February 2014. 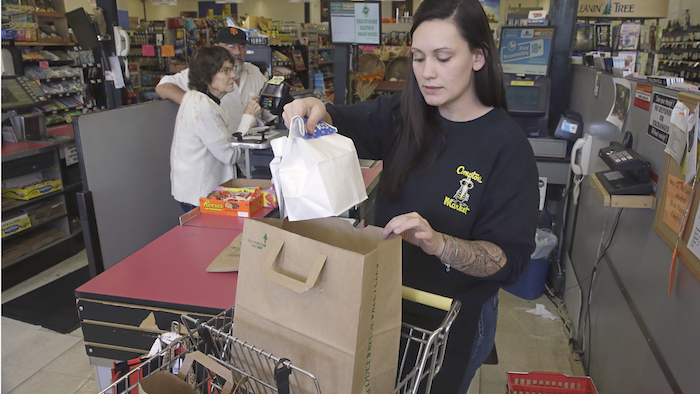 WASHINGTON (AP) — A private survey says the growth of U.S. services companies in February slowed to the worst pace in two years, as a measure of hiring turned negative.

The Institute for Supply Management said Thursday that its services index slipped to 53.4 last month from 53.5 in January. February's reading was the lowest since February 2014.

Still, any reading above 50 signals that services firms are expanding. The survey showed continued but slower growth for new orders, while the pace of business activity improved.

But the employment component was 49.7, which signals contraction. This could raise a red flag ahead of the government jobs report being released Friday, with experts projecting that employers hired nearly 200,000 workers last month.

U.S. economic growth increasingly hinges on consumers, as uncertainty about global growth has hamperedmanufacturing and exports. Home and auto sales have steadily advanced over the past year, while spending at restaurants has also improved. Those gains have spread to hiring as businesses in the services sector account for 90 percent of the 2.7 million jobs added in the past 12 months.

But Nieves cautioned that it would be worth monitoring the index's employment measure going forward.

"Where the concern might be is if we see this trend continue for the next two or three months," he said.

The ISM is a trade group of purchasing managers. Its services survey covers businesses that employ the vast majority of workers, including retail, construction, health care and financial services companies.

The survey found that most service sectors are expanding, although it noted that retail, entertainment and mining contracted last month.

Services overall expansion have contrasted with a shrinking manufacturing sector. ISM reported this week that its manufacturing index stood at 49.5 in February — a level that shows factory activity as contracting.Manufacturing has now been shrinking for five straight months.

The decline in factory activity stems from a global slowdown. Economic growth in China has become mired with doubts. Its currency is shedding value, industrial firms plan to cut jobs, and high debt loads weigh on corporate balance sheets. Europe has struggled to recover from the 2008 financial market collapse. The result has been a decline in oil prices and a rising dollar that have hurt orders at U.S. manufacturers.

Yet the global pressures have caused some weaknesses to emerge in the services sector, although they have yet to derail the broader U.S. economy because of consumers.

The low 4.9 percent unemployment rate has corresponded with a pick-up in wage growth and more spending on vehicles, housing and meals out.

Purchases of existing homes rose 0.4 percent last month to a seasonally adjusted annual rate of 5.47 million, according to the National Association of Realtors. The improvement follows a solid 2015 when sales achieved their highest level in nine years.

And spending at restaurants has risen 6.1 percent over the past 12 months.