More Americans applied for unemployment benefits last week, but their numbers remained low enough to suggest that layoffs are rare and the job market is healthy. 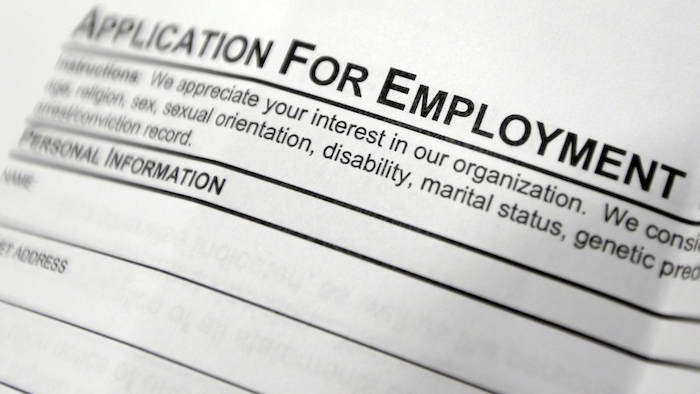 WASHINGTON (AP) — More Americans applied for unemployment benefits last week, but their numbers remained low enough to suggest that layoffs are rare and the job market is healthy.

THE NUMBERS: The Labor Department said Thursday that the number of people seeking jobless aid rose by 6,000 to a seasonally adjusted 278,000, highest since the end of January. The less-volatile four-week moving average slipped by 1,750 to 270,250, lowest since late November. The number of people collecting benefits has dropped 6.2 percent over the past year to 2.26 million.

THE TAKEAWAY: The figures, released a day before the government's February report on job creation and unemployment, show the U.S. job market remains resilient in the face of economic weakness overseas and turmoil in financial markets. Applications are a proxy for layoffs, and have been at historically low levels for nearly a year. Employers appear confident enough in future growth to hold onto their staffs.

Job gains have been solid for the past three years, pushing the unemployment rate down to an eight-year low of 4.9 percent. On Wednesday, the payroll processor ADP reported that U.S. businesses added a healthy 214,000 jobs in February, up from 193,000 in January.

Manufacturers have been hurt by the trouble overseas, cutbacks in the energy industry and a strong dollar that makes their goods more expensive in foreign markets. But their problems do not seem to be having a big impact on jobs. The labor market remains in good health, despite the troubles in the energy and manufacturing export sectors, Ian Shepherdson, chief economist at Pantheon Macroeconomics, said in a report.

KEY DRIVERS: Americans are shopping and eating out at restaurants, helping to offset drags from weaker growth overseas. Consumer spending accounts for about 70 percent of U.S. economic activity, and economists expect it will help bolster US growth this year, even as manufacturing and exports likely remain weak. Americans are also spending more on big-ticket items such as cars and homes.

Economists forecast the U.S. economy will expand about 2.3 percent this year, consistent with the modest growth registered during the six-year recovery from the Great Recession. This April 22, 2014, file photo shows an employment application form on a table during a job fair at Columbia-Greene Community College in Hudson, N.Y. The Labor Department releases its weekly report on applications for unemployment benefits on Thursday, Feb. 4, 2016. (AP Photo/Mike Groll, File)
Latest in Supply Chain