U.S. Factory Output Rises In January By Most In 6 Months

The data suggests U.S. manufacturing may be recovering after struggling last year. 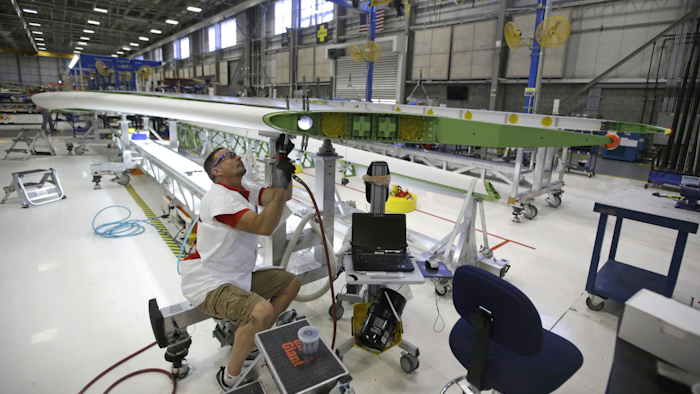 In this Sept. 3, 2015, file photo, a Boeing employee works on a horizontal stabilizer for a Boeing 787 Dreamliner, at Boeing in Salt Lake City. On Wednesday, Feb. 17, 2016, the Federal Reserve reports on industrial production for January. (AP Photo/Rick Bowmer, File)

WASHINGTON (AP) — U.S. factories cranked out more autos, furniture and food last month, boosting production by the most since July.

The data suggests U.S. manufacturing may be recovering after struggling last year. The strong dollar and weak overseas growth have cut into exports and corporate profits. By some measures, factories had contracted since last fall.

But Americans are also spending at a solid pace, offsetting some of the overseas drag.

"This encouraging report should help quiet the recession calls of late," Jennifer Lee, an economist at BMO Capital Markets, said.

Auto sales rose to a record level in 2015, and the production of cars and car parts rose 2.8 percent, the most since July. Furniture output climbed 1.4 percent, and food production advanced 0.8 percent.

Utility output jumped 5.4 percent as Americans turned up the heat in their homes after an unseasonably warm December. Mining, which includes oil and gas drilling, was flat after four months of declines. Sharply lower oil prices have caused big drops in mining, which now may be leveling off.

The dollar has increased about 20 percent since July 2014, which makes U.S. goods more expensive overseas and lowers the price of competing imports. China, the world's second-largest economy, has seen its growth slow, which has hit developing countries that export to China and weakened the global economy.

Yet some economists argue that most of U.S. manufacturing has not been affected by overseas trends.

Alexander Lin, an economist at Bank of America Merrill Lynch, points out that only a few sectors are heavily dependent on international trade, including aircraft, steel and other metals, and appliances.

"Negative sentiment toward U.S. manufacturing may be overdone," Lin wrote in a research note last week.

Tom Porcelli, chief economist at RBC Capital Markets, estimates that only about 30 percent of U.S. manufacturing has actually reported a drop in output over the past year.

That, in turn, suggests that factories' woes may not drag down the economy as much as many analysts fear. In every recession back to 1973, output has fallen in at least 80 percent of manufacturing, Porcelli says. 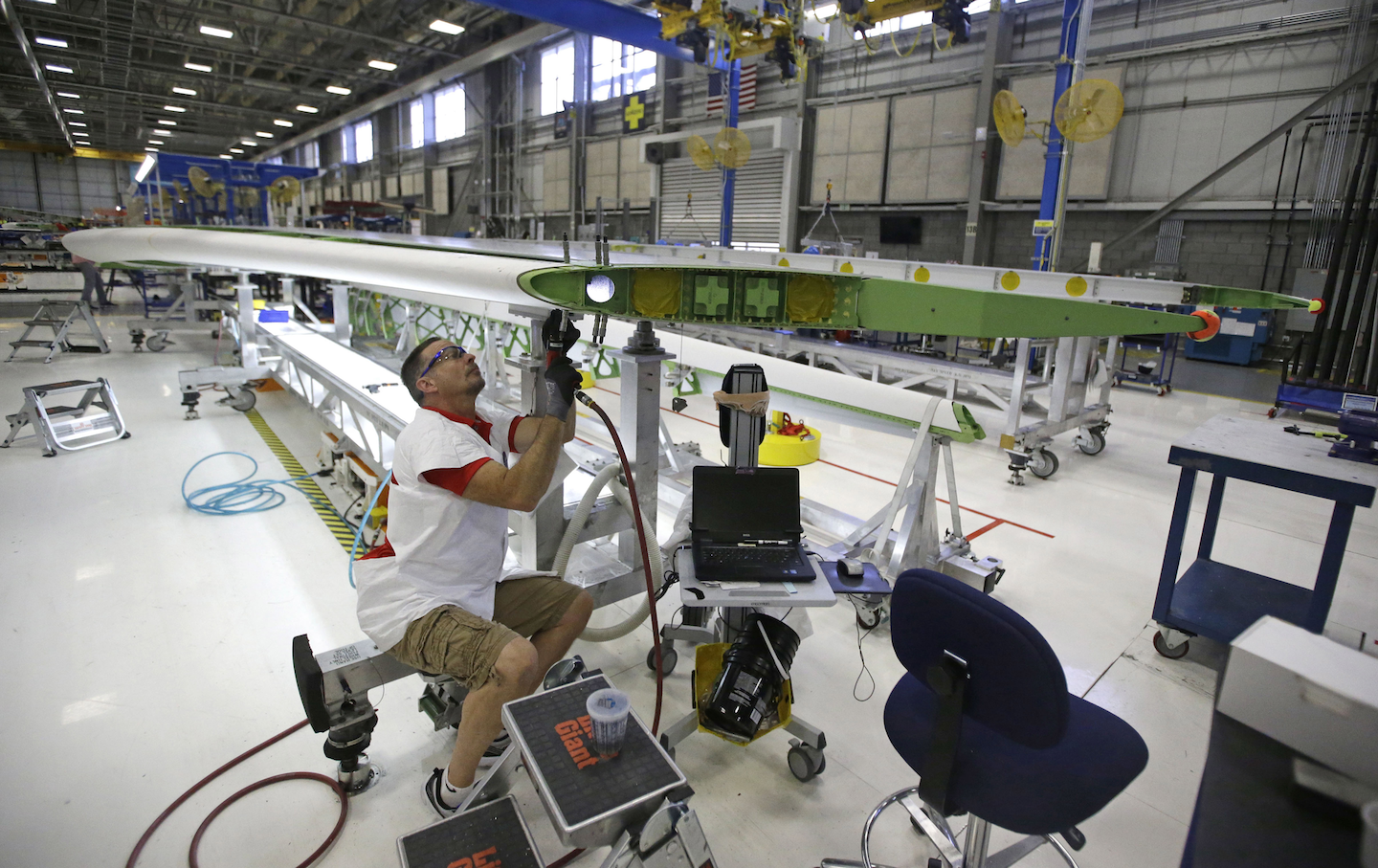 In this Sept. 3, 2015, file photo, a Boeing employee works on a horizontal stabilizer for a Boeing 787 Dreamliner, at Boeing in Salt Lake City. On Wednesday, Feb. 17, 2016, the Federal Reserve reports on industrial production for January. (AP Photo/Rick Bowmer, File)
Latest in Supply Chain