Manufacturer Channel Policy In The Digital Age: The New Models Of Distribution

Manufacturer marketers and sellers steeped in yesterday’s monochrome channels of traditional distribution are often surprised at the number of new online entrants. 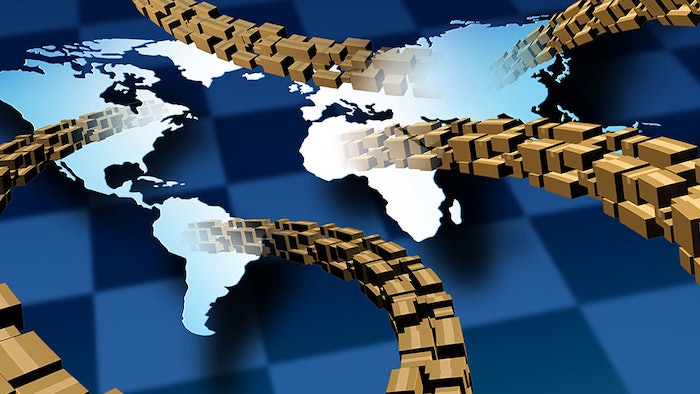 Manufacturer channel policy, for the $2.5 Trillion, durable goods wholesale sector has been well-honed over decades. Since the 1980’s, the mantra of “Distributors as Partners,” has been used as a blanket term for manufacturer channel policy with a nationwide base of wholesaler-distributors. Wholesale distribution has roots in the Gilded-Age and today, there are tens of thousands of mostly privately-owned firms dotting the U.S and covering some four-dozen product vertical markets; hence channel interaction literally goes back generations. Manufacturer-Distributor relationships are a perennial topic and, typically, at the forefront of conversations regarding channel sales.

As B2B Durable goods channels began digitalization in the late 1990’s/early Millennium years, there appeared five new models of distribution that competed with traditional wholesaler-distributors and vendors. For all intents and purposes, these models were small and unnoticed through the Great Recession. Their successes were overshadowed by the full-service model of distribution and limited to software that gave an ok, but not great, customer experience. In 2015, our research and work finds new models of distribution are thriving and are often taking share from their traditional wholesaler competitors. For the most part, they thrive because they add value in efficiencies or knowledge. These models have different paths to market and some few are variants of successful full-service wholesalers.

Manufacturers whose channel managers and executives are not familiar with these new entrants may be losing out. Research shows that over two-thirds of end users would switch suppliers with a more “friendly” website and nine out of ten buyers prefer online buying versus the traditional sales-assisted transaction. We outline the models in the next section.

The use of e-commerce and digital technology to create a self-serve environment also gave rise to new means to distribute durable goods products. New models emerged that challenged the full-service, traditional model of wholesale-distribution. These models use technology to rearrange channel supports often cutting smaller slices out of the value chain while reducing cost, improving service, and reducing error. We have found these models in many of the four dozen product vertical markets in the North American economy. Manufacturers who don’t understand them, actively search for their existence, and consider partnering with them may lose out.

The new models are listed in Exhibit 1. Most of the new models use technology to change the basic business platform including reduced sales and solicitation presence and less brick and mortar locations. Much of the emphasis for the newer models is on self-service with a reduction in operating cost and better prices versus traditional wholesale distributors.

First on the exhibit is Transactional Distribution which uses the best in class technology for a great customer experience and reduced price to the customer typically in the range of 10 to 20 percent.  Transactional examples include Zorro Tool, a division of WW Grainger, and RockAuto, a Wisconsin-based auto parts site.

Auctioneers are next on the list and are auction sites aligned with an industry vertical market. Auction sites are used by end-user buyers for larger, atypical purchases including new construction and re-fab of facilities. They drive multiple suppliers to the RFQ and enhance competition. Kinnek is an auctioneer in the foodservice equipment space combining buyers with sellers. Auctioneers’ technology is specialized to make the RFQ process quick and accurate. The technology, often, can be integrated to allow the supplier to turn the successful quote into an order without re-entry into the ERP system.

Segment Masters are sites that specialize in a segment(s) within a product vertical market. They arrange sku’s according to usage by the segment, offer product-application specific to segment needs and specialize inventory width, breadth, and depth based on prior segment demand. Segment Master pricing is generally parity with traditional distribution or slightly higher; the dominant goal is to give defined users a better than average experience using online technology. Examples are Screwfix, a UK-based fastener specialist, and the Webstaraunt Store, an online segment-based provider of food-service supplies.

The Channel Slipstream model is akin to the Transactional distributor in that e-commerce is used to take cost out of the channel and give a better price to the end user. Whereas the Transactional distributor does this with reduced internal costs of sellers and brick and mortar locations, the Channel Slipstream model bypasses entire parts of the channel. An example is HVAC Stores which streamlines the three-step channel common in HVAC market(s). HVAC stores sells direct to the end user and bypasses the dealer channel as an entity that warehouses and sells the condensing unit and supplies to the end user. Prices are substantially less as redundant stages of the channel are bypassed with discounts starting at 10 percent of traditional channel prices and proceeding higher.

For vendor direct shipments to be financially successful, vendors should develop an activity costing or transaction costing model to allocate distribution costs to orders sold direct to end users. Typically, small and difficult to handle orders yield negative operating profits. Traditional Distributors are quickly catching up to their online rivals in technology but they use e-commerce as an extension of their traditional business platform.

Finally, there are a growing number of sites, typically specific to a vertical product market selling close-outs, obsolete, or aged inventory. We have dubbed them Mr. Yesterday and they are growing in presence as customers use online purchasing to overbuy or sample as many return goods policies are liberal or “free.” An example is PlumbingOverstock, a plumbing fixture supplier on the West Coast with warehouses across the U.S.

These new models are changing and entrants continue to grow in the sizable durable goods wholesale sector. Manufacturers are advised to alter their channel policies accordingly and away from the dominant traditional wholesaler channel(s) of yesteryear.

Manufacturer marketers and sellers steeped in yesterday’s monochrome channels of traditional distribution are often surprised at the number of new online entrants. The recommended approach is to carefully review end-users with research on who they buy from and especially online merchants. Good research typically takes both qualitative and quantitative parts with the qualitative efforts of personal surveys and focus groups preceding the qualitative effort. Once information on new entrants is gathered, management can begin to piece together a full-channel view of the industry intermediaries, where they are located, their value propositions and growth trajectory(ies).  After this, there are substantial changes in channel policy and we’ll delve into these in Part 2 of our series.

Scott Benfield is a consultant for B2B durable goods channels through his consulting firm, Benfield Consulting.