January's level was the lowest since the Great Recession. 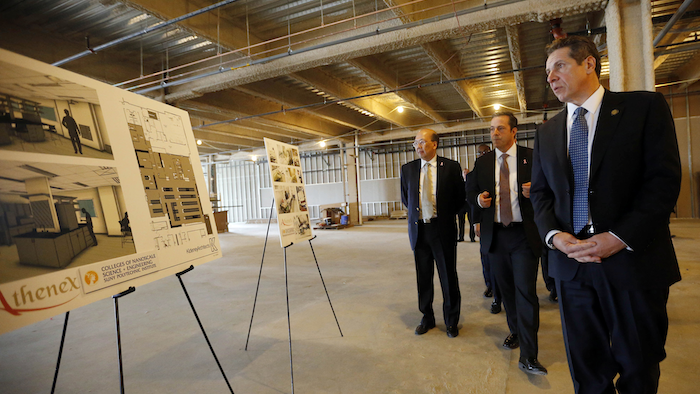 WASHINGTON (AP) — Factory activity shrank in New York for the seventh straight month in February, though measures of new orders and shipments ticked up from very low levels.

The New York Federal Reserve's Empire State manufacturing index rose to minus 16.6, up from minus 19.4 in the previous month. January's level was the lowest since the Great Recession. Any reading below zero indicates contraction.

Factories are still suffering from a sharp rise in the value of the dollar and weak overseas growth, which has cut into exports and reduced overseas profits. Oil and gas drillers are also sharply lowering their spending on large equipment and steel pipes in the face of low energy prices.

Nationwide, the Institute for Supply Management's manufacturing index has been in contractionary territory for four months.

U.S. manufacturing's difficulties have fueled fears the economy may be nearing a downturn. Sharp falls in stock prices have dampened consumer confidence and added to those concerns.

Manufacturing may be bottoming out, however. The ISM's measure ticked up slightly in January. Other measures in the Empire State survey also leveled off.

There are other signs the economy may be powering through slower overseas growth and manufacturing's weakness. Employers added jobs in January, and the unemployment rate fell to an eight-year low of 4.9 percent.

Americans are also still spending at a steady pace. Sales at retail stores and restaurants rose in January, despite sharp gyrations in the financial markets.