US Consumer Confidence Falls From 18-Year High in February 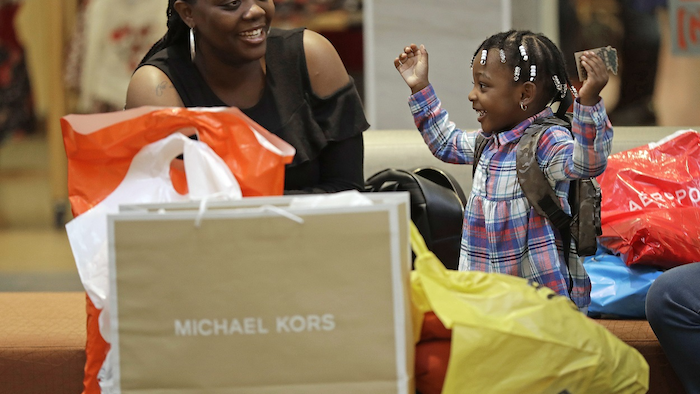 The Conference Board said Tuesday its consumer confidence index fell to 127.7 in March. That was down from 130 in February, which was the highest level since November 2000.

The business research group's index measures consumers' assessment of current conditions and their outlook for the next six months.

"Despite the modest retreat in confidence, index levels remain historically high and suggest further strong growth in the months ahead," said Lynn Franco, the group's director of economic indicators.

Consumers were moderately less optimistic about the short-term outlook for business conditions in March. Their outlook for the job market also was less positive, despite the strong job market that has been boosting confidence in recent months. The unemployment rate has stayed at a 17-year low 4.1 percent; it's expected to keep falling to 3.8 percent at year's end.

The overall index hit bottom at 25.3 in February 2009 in the depths of the Great Recession before rebounding as the U.S. economy recovered.