South Korea Agrees to Further Open Auto Market to US

South Korea has agreed to further open its auto market to the United States as the two countries prepare to amend their six-year-old free trade agreement, its top trade negotiator said Monday. 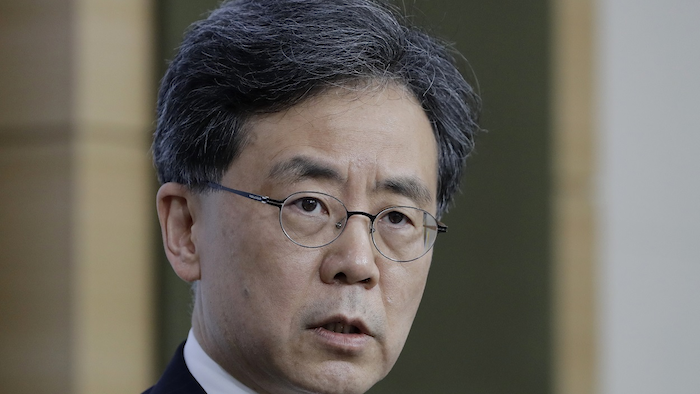 South Korea has agreed to further open its auto market to the United States as the two countries prepare to amend their six-year-old free trade agreement, its top trade negotiator said Monday.

South Korea's Trade Minister Kim Hyun-chong said the United States will end tariffs on South Korean-made pick-up trucks in 2041 instead of 2021. Each American carmaker will also be able to export 25,000 additional vehicles to South Korea each year without having to comply with domestic safety regulations. South Korea also will ease emission standards for American cars shipped from 2021-2025, when the Asian country is due to set new import regulations.

Kim said South Korea also won an exemption from increased import tariffs on steel products. The third-largest steel exporter to the United States after Canada and Brazil, South Korea was among 12 countries whose exports of steel and aluminum U.S. President Donald Trump recently said would be hit with heavy tariffs. But South Korea's steel tariff exemption is subject to a quota of about 2.7 million tons of steel products a year, about 74 percent of its exports in 2017.

The agreements in principle were announced Monday just hours after Trump said the United States was on the verge of amending its trade agreement with South Korea, which took effect in 2012. They came as a relief to South Korean industries, although the steel companies said they had wanted a larger quota of tariff-free exports to the United States.

The auto sector is among the most contentious issues in South Korea's trade dealings with the U.S. The Korean Automobile Manufacturers Association praised the government's efforts to protect South Korean automakers and avoid major changes on sensitive issues such as adjusting tariffs.

While U.S. carmakers will be able to ship 50,000 cars to South Korea annually, 25,000 more than before, without being subject to domestic safety regulations no American car brand sold more than 10,000 vehicles in South Korea last year.

South Korean negotiators managed to avoid changes in treatment of its agriculture sector, a highly sensitive area in domestic politics.

The two allies started working on amending the free trade pact in August after Trump blamed the arrangement for causing the U.S. trade deficit with South Korea.

The president told reporters at a Friday news conference that trade deals are being made with various countries and then highlighted South Korea, a key economic and national security partner in Asia. The United States ran a $10.3 billion trade deficit with South Korea last year.

While the United States posted a trade surplus of $10.7 billion with South Korea in the services sector, it recorded a goods trade deficit of $27.7 billion in 2016, leaving an overall deficit of $17.0 billion.

After Trump's remarks, Commerce Secretary Wilbur Ross said he hoped a final agreement with Seoul would be announced next week.