China 'Open' to Talks With US Amid Spiraling Tariff Spat

China's government said Monday it is open to negotiating with Washington amid a spiraling tariff dispute following a news report American officials have submitted a list of market-opening requests. 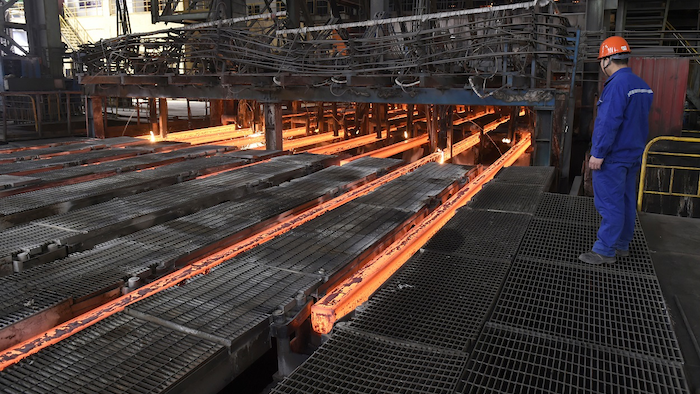 China's government said Monday it is open to negotiating with Washington amid a spiraling tariff dispute following a news report American officials have submitted a list of market-opening requests.

A foreign ministry spokeswoman, Hua Chunying, didn't confirm the report by The Wall Street Journal but said at a regular briefing, "Our door for dialogue and discussion is always open."

Businesspeople have appealed for a quick settlement after Beijing on Friday announced a $3billion list of U.S. goods targeted for possible retaliation for President Donald Trump's tariff hike on steel and aluminum imports.

China has yet to say how it might respond to Trump's approval Thursday of possible higher duties on $60 billion of Chinese goods in response to complaints Beijing of stealing or improperly pressuring foreign companies to hand over technology.

China's official Xinhua News Agency reported Saturday that Liu and Mnuchin talked by phone but gave no indication they were holding negotiations. Xinhua cited Liu as saying Beijing is "capable of safeguarding its national interests."

"We are full of confidence and the capability to defend our legitimate and lawful interests under any circumstances," said Hua. "Now the ball is in the U.S. court, and we hope the United States will make its decision cautiously and reasonably."