Growth in retail sales, factory output and investment all decelerated from June levels. 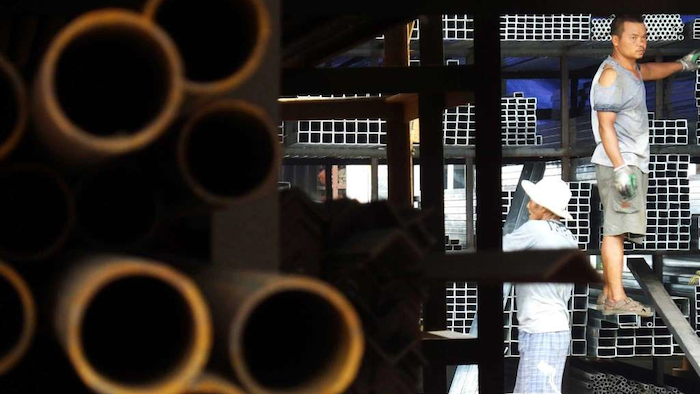 Laborers work at a steel market in Yichang in central China's Hubei province. (Chinatopix via AP)

Chinese factory output and other economic activity weakened in July, data showed Friday, but an official tried to reassure companies and investors growth is stable.

Growth in retail sales, factory output and investment all decelerated from June levels, according to the National Bureau of Statistics.

Private sector analysts have warned economic growth, which held steady at 6.7 percent for the three months ending in June, was showing signs of weakening heading into the current quarter.

The data indicate "the third quarter has started off on a weak footing," said Brian Jackson of IHS Markit in a report.

However, a spokesman for the statistics bureau said the weakening was due partly to summer flooding that caused 200 billion yuan ($35 billion) in losses and other one-time factors. 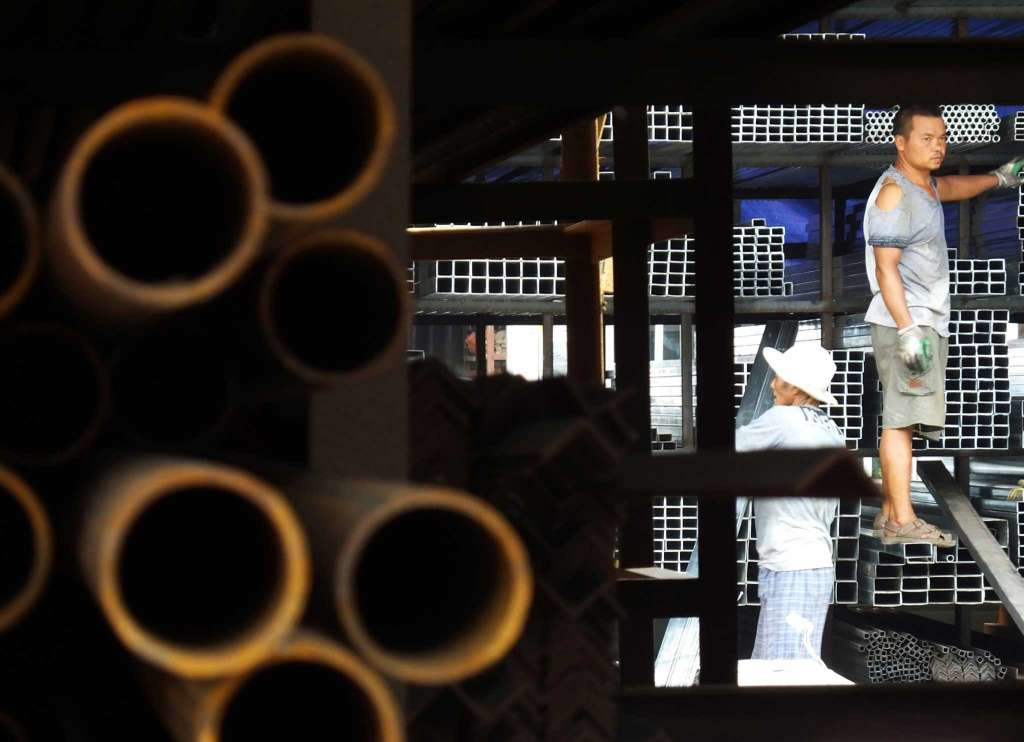 Laborers work at a steel market in Yichang in central China's Hubei province. (Chinatopix via AP)

"The trend is good," said Sheng Laiyun at a news conference. "Even though economic growth dropped slightly, the economy is stable and making steady progress, and the steady trend toward improvement has not changed."

Investment in factories, real estate and other fixed assets rose 2.1 percent in the seven months ending in July, down from the first half's 2.8 percent and 5.7 percent in the first quarter.