The U.S. trade deficit increased to the highest point in 10 months, driven up by a big rise in imports of oil and Chinese-made computers, cell phones and clothing. 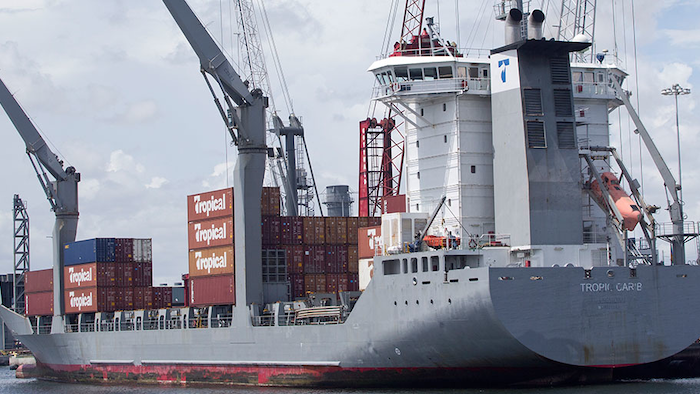 WASHINGTON (AP) — The U.S. trade deficit increased to the highest point in 10 months, driven up by a big rise in imports of oil and Chinese-made computers, cell phones and clothing.

The deficit rose to $44.5 billion in June, 8.7 percent higher than a revised May deficit of $41 billion, the Commerce Department reported Friday. It was the biggest gap between what America sells abroad and what the country imports since a $44.6 billion deficit last August.

Exports, which have struggled this year because of the strong dollar and global weakness, edged up 0.3 percent to $183.2 billion. Imports rose a faster 1.9 percent to $227.7 billion, led by a 19.4 percent jump in petroleum imports.

The politically sensitive deficit with China increased to $29.8 billion, the highest in seven months.

A wider U.S. trade deficit acts as a drag on growth because it means the nation is earning less on overseas sales of U.S. exports while spending more on imported products.

America's deficit with China was up 2.5 percent to the highest level since a deficit of $31.3 billion last November. Through the first six months of this year, the deficit with China, the largest with any country, is running 6.5 percent above the same period in 2015, putting it on track to set another annual record.

Republican presidential nominee Donald Trump, seeking to tap into the economic anxiety of Americans who have seen jobs disappear in an increasingly global economy, has accused the Obama administration of failing to protect U.S. workers from unfair trade practices in China and other countries.

Trump has said he would exit from the North American Free Trade Agreement with Canada and Mexico if it were not renegotiated, kill the pending Trans-Pacific Partnership trade agreement and take a more aggressive approach with China, including charging the country as a currency manipulator.

The U.S. Chamber of Commerce, normally an ally of Republicans on trade, contends that Trump's approach would cost 3.5 million U.S. jobs and result in higher prices for American consumers and a weaker economy.

Through the first six months of this year, the deficit is 2.3 percent below the same period in 2015, a year in which America's deficit in goods and services trade rose 2.1 percent to $500.4 billion. The lower deficit so far this year reflects the fact that while U.S. exports are down, the value of imports is down by a larger amount, reflecting in large part lower oil prices.

While oil prices plunged at the beginning of the year, they have been rebounding more recently. In June, America's foreign oil bill rose 19.4 percent to $13.3 billion as the average price of a barrel of imported crude oil climbed to $39.38. The per barrel increase of $5.19 from the May level was the biggest one-month price gain since May 2011 and marked the fourth straight month that crude oil has risen in price.

America's deficit with the European Union fell 3.9 percent to $12.8 billion in June, the month that Britain sent financial markets tumbling with voters' support for a British exit from the EU. U.S. markets quickly regained those losses and economists do not expect a large impact on the U.S. economy from Britain's decision to leave the EU.

The U.S. deficit with Canada increased to $300 million, up from $100 million in May, even though U.S. exports to Canada rose to the highest level in a year.