Fed Official Says 1 Rate Increase Might Be Needed This Year

A Federal Reserve official who has been a leading supporter of a slow approach to raising interest rates said Wednesday that one rate increase "could be appropriate" this year. 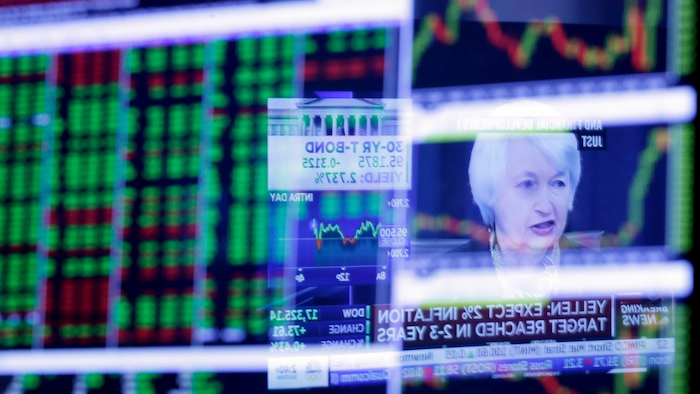 WASHINGTON (AP) — A Federal Reserve official who has been a leading supporter of a slow approach to raising interest rates said Wednesday that one rate increase "could be appropriate" this year.

Charles Evans, president of the Fed's Chicago regional bank, didn't specify whether he thought that rate increase should come at the Fed's next policy meeting in September or as late as December. He also said he might still prefer no rate increase at all this year until he sees inflation rising above its current low level.

The Fed has sometimes expressed concern that it might start raising rates too late and fall behind in efforts to fight inflation. But Evans, speaking to a group of reporters, said he isn't sure that concern is relevant today given how low inflation has remained. A key price gauge favored by the Fed has stayed below the central bank's 2 percent target level for four years.

This year, Evans is not among a group of 10 Fed officials who have votes on the central bank's policy committee. But he does take part in the discussions. He has been a leading proponent of a go-slow approach in raising rates, arguing that the Fed needs not only to maximize employment but also to monitor inflation, which has remained unusually low.

Inflation, excluding volatile food and energy prices, has risen just 1.6 percent over the past 12 months through June. That is just a mild acceleration from the 1.4 percent increase for the 12 months that ended in June 2015.

The Fed has been saying it plans to "carefully monitor actual and expected progress" in meeting its 2 percent inflation goal.

Evans said the experience of Japan, which has been caught in a deflationary cycle for more than a decade, underscored how important it was for the Fed to make sure inflation was rising to a more acceptable level.

Central banks seek to avoid too-low inflation because of the dangers it poses to the economy including the threat of deflation, or falling prices. The United States has not experienced a period of falling prices since the Great Depression of the 1930s.

The Fed raised its key policy rate in December but has since left it alone. At a Fed meeting last week, officials said "near-term risks to the economic outlook have diminished." That wording raised the prospect that the Fed might raise rates in September.

But then a government report showing that the economy grew at a lackluster 1.2 percent annual rate in the April-June quarter led many analysts to suggest that no rate hike is likely before December.