The faulty airbags are responsible for 11 deaths and more than 100 injuries worldwide. 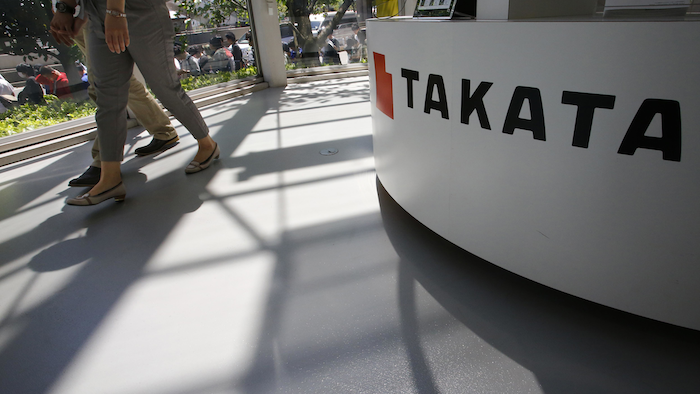 Takata Corp., the Japanese company at the center of a massive global airbag recall, is sticking to its forecast of posting a 13 billion yen ($129 million) profit for the fiscal year through March.

It reported on Friday an April-June profit of 2 billion yen ($19.8 million), down 33 percent from the same period the previous year, as quarterly sales slipped 7 percent to 169 billion yen ($1.7 billion).

Tokyo-based Takata, which had two straight years of losses over the recalls, has said it will return to the black this fiscal year, although some analysts note that recall costs now being shouldered by automakers will be billed to Takata.

Takata also faces class-action lawsuits over its defective airbag inflators that can explode with too much force, sending shrapnel spewing.

Faulty airbags are responsible for 11 deaths and more than 100 injuries worldwide. Two more deaths are under investigation in Malaysia. The recalls are likely to tally more than 100 million inflators globally. 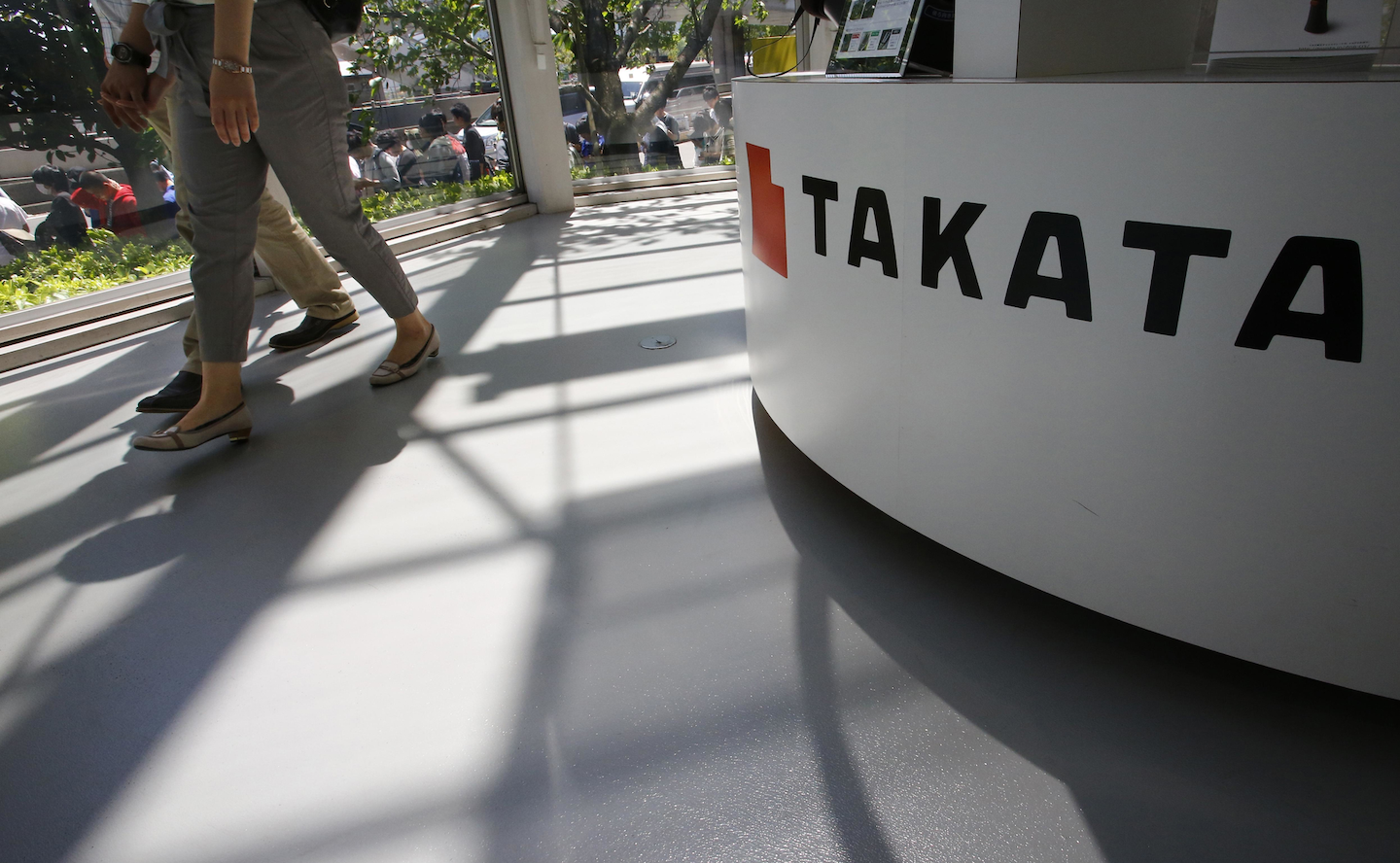 Takata has said it is seeking new investment as it reshapes its inflator operations and works to fix the problems.

Takata, which also makes seat belts and child seats, said sales were still holding up and it still had enough cash, although things could change depending on how expenses related to the recalls develop.

A recent study by Kelley Blue Book found consumer awareness about the Takata recalls low, at about half of the respondents in the U.S., although it's the largest recall in U.S. history affecting one in every eight vehicles on U.S. roads.

Karl Brauer, senior analyst for Kelley Blue Book, called it "another unfortunate case of people thinking it won't happen to me."

The recall also ranked low in recognition, compared to other news such as the Zika virus and Hillary Clinton's email problems, underlining the serious challenges in educating the public about the need to get their cars fixed for defects.