What The Yuan Devaluation Means For China, Other Countries 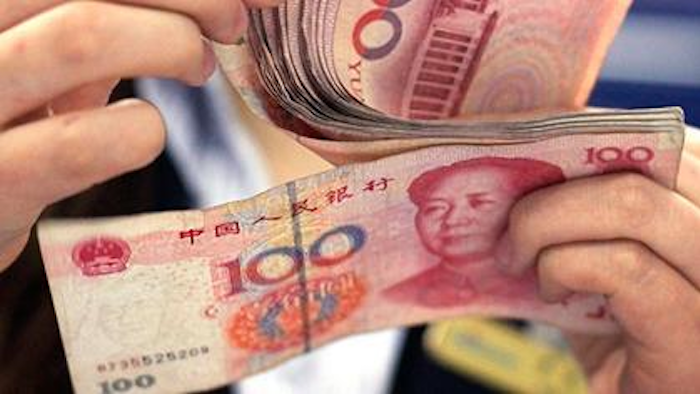 China devalued its tightly controlled currency Tuesday following a slump in trade, allowing the yuan's biggest one-day decline in a decade. The central bank said it was trying to make the state-controlled exchange rate more market-oriented. In recent months, the yuan has strengthened along with the dollar, making Chinese exports more expensive and raising the risk of politically dangerous job losses in industries that employ tens of millions of workers.

HOW IS CHINA'S CURRENCY SYSTEM DIFFERENT?

Beijing uses what it calls a "managed float." It allows the yuan's exchange rate to fluctuate within a band 2 percent above or below a point set by the People's Bank of China based on the previous day's trading. That allows the exchange rate to rise or fall in response to supply and demand but prevents wide swings that might hurt traders. This is different from other major currencies such as the U.S. dollar and the euro, which are freely traded. But most other countries also regulate exchange rates based on an "anchor currency" such as the dollar to prevent abrupt swings that might hurt their economies. In China's case, the United States and other major trading partners complain Beijing suppresses the yuan's value, giving its exporters an unfair price advantage and hurting foreign competitors.

WHAT DID CHINA DO TO THE YUAN?

The People's Bank of China set a center point for Tuesday's trading that was 1.9 percent below Monday's level, and the biggest one-day change in a decade. The bank said that was part of reforms in its rate-setting system aimed at giving a bigger role to market forces. The bank said that starting Tuesday, its daily fixing of the center point for trading will take into account supply and demand as well as the previous day's exchange rate. On Tuesday, the yuan was allowed to fall 1.3 percent shortly after the start of trading and was down nearly 1.9 percent at midday. The central bank said market forces would be given a bigger role in the future, which leaves open the possibility of more declines.

WHY DID CHINA DEVALUE?

The central bank said it took action because the yuan has been rising in value when market forces indicated it should have fallen. The yuan has been pushed up because its exchange rate is heavily influenced by the U.S. dollar, which also has risen. At the same time, currencies of other developing countries have fallen. This has hurt Chinese exporters by making their goods more expensive abroad. China's exports plunged by an unexpectedly wide margin of 8.3 percent in July.

WILL DEVALUATION RAISE TENSIONS WITH THE U.S.?

Tuesday's change presents a dilemma for U.S. policymakers who have often accused China of manipulating the yuan for a trade advantage. A weaker yuan will make Chinese exports more competitive and might trigger complaints from U.S. manufacturers. But the central bank said it is trying to make the exchange-rate system more market-oriented — a step Washington has been pressing Beijing to take.

Tuesday's decline of less than 2 percent against the U.S. dollar is modest compared with the swings in other major currencies. But every bit of relief from price pressures helps Chinese exporters, whose profit margins are paper-thin. The central bank said Tuesday's change was a one-time event. But its promise to give market forces a bigger role in setting exchange rates in future raised the possibility of further declines, which would relieve still more price pressure on exporters.