The Indian government is seeking damages from Nestle India, accusing it of unfair trade practices and false labeling after several states found its popular brand of instant noodles contained unsafe levels of lead. 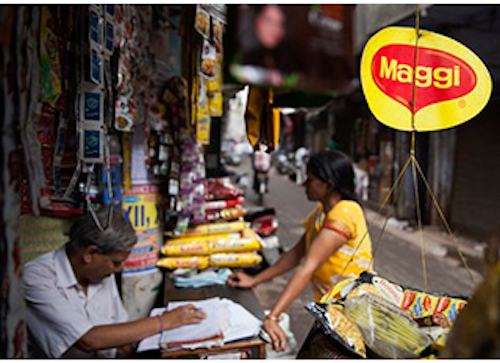 The Consumer Affairs Ministry made the decision to seek damages, the official said on condition of anonymity because he was not authorized to talk to reporters.

The Press Trust of India news agency said the ministry filed a complaint for 1.5 billion rupees ($100 million) in damages with the National Consumer Disputes Redressal Commission. In May, Nestle India took its Maggie brand of instant noodles off the shelves after several states banned it for allegedly unsafe levels of lead.

Nestle India contests the Indian laboratory tests and says its products are safe.

In April, laboratory tests ordered by some state governments found the noodles contained far higher levels of lead than legally allowed. The tests also detected the chemical flavor enhancer monosodium glutamate, or MSG, which is not mentioned in the product's list of ingredients.

On Tuesday, Himanshu Manglik, a Nestle India spokesman, said he had no information about the government's decision to seek damages.

However, Manglik said the company has already sought "a review and interpretation" of the Indian foodsafety authority's decision in a petition filed in the Mumbai High Court and is expecting a decision soon.

Maggi noodles are a hugely popular snack and Nestle's "two-minute" advertising campaign stressing the ease of preparing the food have made it a household name in India. The noodles were Nestle's fastest-selling food item in India, accounting for about 15 billion rupees ($240 million) in sales annually.