The U.S. is running out of options in its effort to tell consumers where fresh cuts of meat originated after a successful challenge to package labeling by Canada and Mexico. A 2008 farm law requires that packages of steaks, ribs and other cuts of meat identify where the animals were... 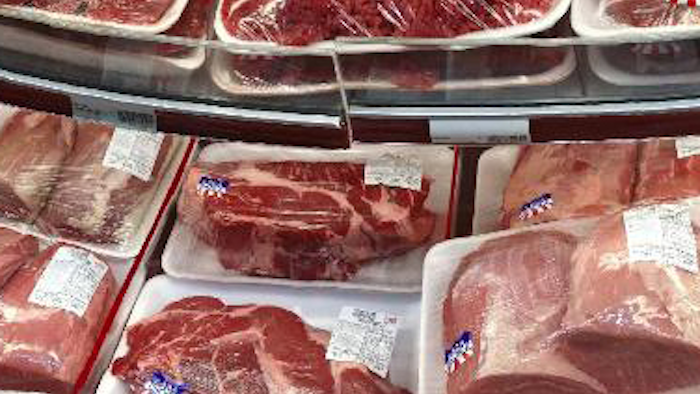 The U.S. is running out of options in its effort to tell consumers where fresh cuts of meat originated after a successful challenge to package labeling by Canada and Mexico.

The World Trade Organization agreed more than once with Canada and Mexico that the labels give the U.S. livestock industry an advantage. In a ruling Oct. 20, the WTO said the labeling requirement forced meatpackers to segregate and keep detailed records on imported livestock, giving them an incentive to favor U.S. livestock.

The trade organization ruled in 2011 that an earlier version of the labels was discriminatory. That ruling was upheld in 2012 after a U.S. appeal.

A spokesman for U.S. Trade Representative Michael Froman said the United States has not decided whether it will appeal the latest WTO decision. If that ruling stands, Canada and Mexico could retaliate against the United States with other trade sanctions if the labels aren't changed or scrapped.

Agriculture Secretary Tom Vilsack said he believes Congress either needs to change the law or Mexico and Canada need to negotiate a settlement with the United States.

"There is no apparent regulatory solution available that could make this rule compliant with the WTO's recent decision and also uphold the law Congress passed," Vilsack said in a statement.

Canada and Mexico need to tell the U.S. "more clearly and more specifically, what, if any, variation of this will work for them," the agriculture secretary said last week at an event in Kansas City, Missouri.

The embattled labeling rules have support from consumer groups and some farm groups. U.S. ranchers who raise cattle near the northern border and compete with Canadian ranchers have pushed hardest for the labeling law, which Congress originally wrote in 2002 and revised in 2008 after years of haggling with the meat industry. Ranchers and meatpackers in the Southwest who do a lot of business with Mexico have traditionally opposed it.

It's unclear what lawmakers will do, but the new Republican Congress is expected to be friendly to the meat industry, which has called for repeal of the country-of-origin labeling law, saying it is burdensome. Meatpackers have sued the government to block it, so far unsuccessfully.

Farm-state lawmakers said earlier this year that they didn't have the votes for repeal. But Rep. Mike Conaway, R-Texas, the incoming chairman of the House Agriculture Committee, and Sen. Pat Roberts, R-Kan., expected to head the Senate agriculture panel, are both from cattle-heavy states and have championed the meat industry.

After the ruling was issued, more than 100 meat, agriculture and food industry groups concerned about sanctions down the road called on Congress to immediately repeal parts of the rule.

"Given the negative impact on the U.S. manufacturing and agriculture economies, we respectfully submit that it would be intolerable for the United States to maintain, even briefly, a rule that has been deemed non-compliant by the WTO," the industry groups wrote.

"The onus is now on the United States to put forward a solution acceptable to all parties that removes the unfair segregation and discrimination against Canadian cattle and hogs," Canadian Agriculture Minister Gerry Ritz said in a statement to The Associated Press. He said Canada "will take whatever steps may be necessary, including retaliation, to achieve a fair resolution."