Michigan's economy will continue to improve over the next two years after five years of steady job growth, University of Michigan economists said Friday in an annual forecast. In their November outlook, George Fulton, Joan Crary and Donald Grimes predicted that the state will add a total of more... 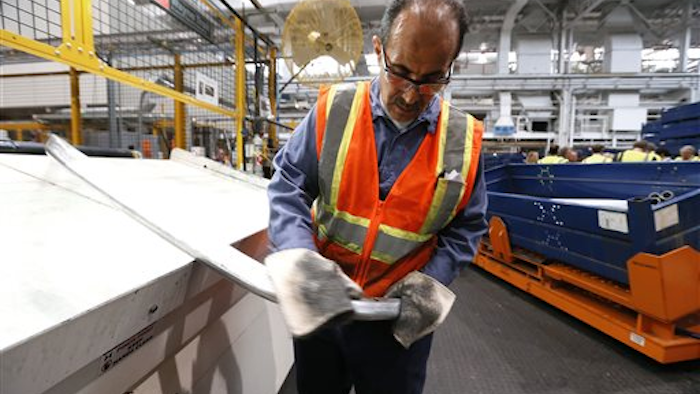 Michigan's economy will continue to improve over the next two years after five years of steady job growth, University of Michigan economists said Friday in an annual forecast.

Fulton, the director of the school's Research Seminar in Quantitative Economics, said there are "several positive story lines" when looking at Michigan's economy in additional to job growth. The unemployment rate is down and the auto industry's sales have been strong.

"With the court's approval of Detroit's plan for the adjustment of its debts, the city is about to exit bankruptcy, creating excitement about a fresh start for Michigan's largest city," Fulton said in a statement. "And three major credit-rating agencies have upgraded Michigan's outlook in the past few years.

"What all of this suggests is that the Michigan economy has gone some distance from the dire straits it was in five years ago, at least overall, but there is still a fair way to go."

Earlier this week, the state reported that Michigan's seasonally adjusted unemployment rate dropped to its lowest level in more than six years. October's jobless rate fell 0.1 points to 7.1 percent. That's down from 8.6 percent in October 2013 and is the lowest since March 2008.

The economists predict employment gains of 59,400 jobs during 2015 and 73,200 jobs during 2016. About 33,000 job gains over the next two years are predicted to be in the professional and business sector, which includes technical services and management of companies.

The trade, transportation and utilities sector will account for 29,000 job gains through 2016. The construction industry will add an estimated 18,000 jobs over the next two years, while manufacturing is expected to gain 12,000 jobs during that time.