Software Connect recently published trends in the manufacturing software market based on a survey it conducted last fall and a more recent analysis of MRP buyers. Here are some interesting takeaways. 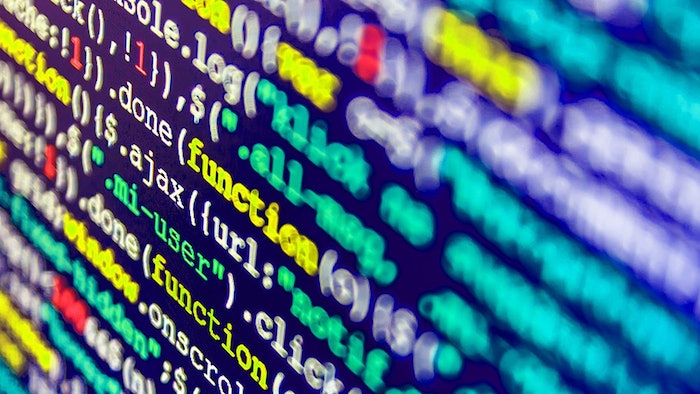 Every year we speak with thousands of manufacturers to help them with their software stack. We recently published trends in the manufacturing software market based on a survey we conducted last fall and a more recent analysis of MRP buyers. Here are some interesting takeaways (I’ll explore each in greater depth):

Both studies focused mostly on SMB manufacturers in North America. 67 percent and 76 percent (respectively; each study) of companies sampled had fewer than 100 employees.

MRP software is naturally widely popular. Over a quarter of SMB manufacturers plan to buy new MRP software in 2018. There are approximately 250,000 manufacturers in the U.S., which means we’re looking at around 70,000 potential MRP buyers in 2018 alone.

Furthermore, nearly two-thirds of prospective MRP buyers are purchasing for the first time. Why are there so many first-time buyers? That likely is due to growth in the manufacturing sector.

Many of the manufacturers we talk to only invest in MRP after they’ve seen order growth. Typically, new manufacturers are able to handle production planning by hand while volume is low. But as order volumes grow, efficient scheduling becomes more difficult and manufacturers look for help.

Manufacturers Plan to Spend More in 2018

Most manufacturers plan to spend more or at least the same on technology in 2018 versus 2017.

Why are manufacturers expecting to invest more? We’ve found there are typically two major forces that push resource optimization tech: Order growth has become too problematic to manage by hand, or manufacturers think they can cut costs with smarter software. Both of these are likely at play in 2018.

Simply put, buyers want their MRP software to optimize their materials and labor. The better their software stack can help minimize wastage, the more enticing the system.

Like any other business, manufacturers don’t want to be stuck with unused inventory. Whether it’s raw materials or finished product, it costs money to store inventory. Manufacturers look to MRP for production scheduling and tracking so that they can optimize their labor time and cut down on unnecessary costs.

Many companies that don’t have MRP often have skilled laborers floating wherever they think they will need them. Without a well-planned schedule, companies are just wasting labor. MRP software ensures that they have the right number of employees and material for each job so they can cut down on overpaying for labor.

When manufacturers say they want more “functionality” from their MRP, it almost always means they’re looking for smarter ways to optimize production. They’re almost entirely looking at it from a cost savings perspective. For example:

MRP buyers simply want their software to better plan their resources (obviously), so they can cut costs. Their decisions are nearly entirely guided by objective cost benefit analysis.

Specifically, we asked MRP buyers about what functions they cared about.

Over two-thirds of MRP buyers are looking for ERP functionality. That could mean a single integrated system, or separate MRP and ERP systems that talk to each other.

Manufacturers want “connected” ERP+MRP systems, so their production costs automatically appear in their accounting reports. It makes a lot of sense to tightly integrate the two. After all, MRP is built around the idea of optimizing resources to cut costs.

An ERP+MRP system gives manufacturers everything in one place and helps cut down on overbuying or underbuying materials. A total package can allow them to operate at a higher level of efficiency.

MES is Growing in Popularity

MES popularity is growing. While we haven’t gathered the appropriate stats to support year-over-year growths, I can at least say anecdotally it feels like it. Furthermore, MES software was the second-most cited tech (after MRP) slated for implementation in our manufacturers survey.

MES software is essentially the next layer of functionality after MRP. It monitors and controls production systems so they can improve production yield. MES even can predict other factors that may hinder their production like breakage or machine maintenance, etc.

We believe MES is becoming more popular for the same reasons manufacturers want MRP software: to maximize utilization of resources. MES gives insight on not only the planning and scheduling of jobs, but also the actual execution. This is one scenario where the software category name is actually self-descriptive.