787 Grounded, But Batteries Can Fly

At the same time the government certified Boeing's 787 Dreamliners as safe, federal rules barred the type of batteries used to power the airliner's electrical systems from being carried as cargo on passenger planes because of the fire risk. Now the situation is reversed. 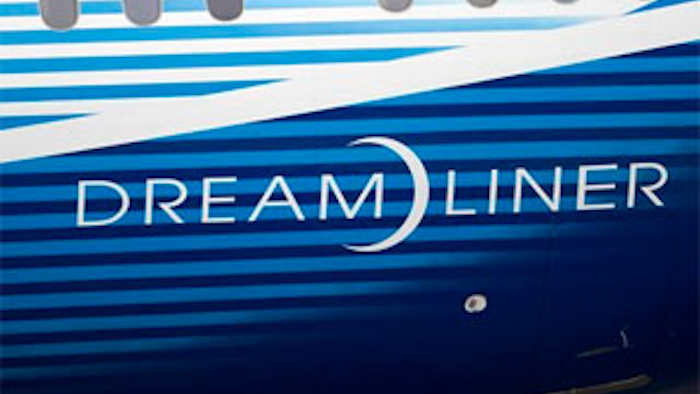 WASHINGTON (AP) — At the same time the government certified Boeing's 787 Dreamliners as safe, federal rules barred the type of batteries used to power the airliner's electrical systems from being carried as cargo on passenger planes because of the fire risk.

Now the situation is reversed.

In effect, that means the Dreamliner's batteries are now allowed to fly only if they're not attached to a Dreamliner.

The regulations were published on Jan. 7, the same day as a battery fire in a Japan Airlines 787 parked at Boston's Logan International Airport that took firefighters nearly 40 minutes to put out. The timing of the two events appears coincidental.

Pilots and safety advocates say the situation doesn't make sense. If the 787's battery system is too risky to allow the planes to fly, then it's too risky to ship the same batteries as cargo on airliners, they said.

"These incidents have raised the whole issue of lithium batteries and their use in aviation," said Jim Hall, a former National Transportation Safety Board chairman. "Any transport of lithium batteries on commercial aircraft for any purpose should be suspended until (an) NTSB investigation is complete and we know more about this entire issue."

Chesley "Sully" Sullenberger, a former US Airways pilot famed for his precision flying that enabled passengers and crew to survive an emergency landing on the Hudson River in New York, said in an interview that he wouldn't be comfortable flying an airliner that carried lithium ion aircraft batteries in its cargo hold.

"The potential for self-ignition, for uncontained fires, is huge," he said. The new regulations "need to be looked at very hard in the cold light of day, particularly with what has happened with the 787 batteries."

The battery rules were changed in order to conform U.S. shipping requirements with international standards as required by Congress, the federal Pipeline and Hazardous Materials Safety Administration said in a statement.

The International Civil Aviation Organization, a U.N. agency that sets global aviation standards, adopted the aircraft battery cargo exemption in October 2011, and it went into effect Jan. 1. The organization's standards normally aren't binding. But a provision inserted into U.S. law at the behest of the battery industry and their shippers says the rules can't be stricter than the U.N. agency's standards.

Previously, U.S. regulations prohibited the shipment of lithium ion batteries on passenger planes in packages weighing more than 11 pounds, although heavier batteries could be shipped on cargo planes.

The aircraft battery exemption was created for the convenience of the airline industry, which wants to be able to quickly ship replacement batteries to planes whose batteries are depleted or have failed. Sometimes it's faster to do that using a passenger plane.

The NTSB is investigating the cause of the 787 battery fire in Boston. Japanese authorities are investigating a battery failure that led to an emergency landing by an All Nippon Airways 787 on Jan. 16. All Dreamliners, which are operated by eight airlines in seven countries, have since been grounded.

The International Air Transport Association, which represents U.S. airlines and other carriers that fly internationally, asked for the aircraft battery exemption at the October 2011 meeting of the U.N. agency's dangerous goods committee.

The association argued that the exemption would give airlines "significant operational flexibility in being able to move aircraft batteries on a passenger aircraft where cargo aircraft may not be available over the route, or within the time required if a battery is required at short notice," according to a copy of the request obtained by The Associated Press.

Since the batteries have to meet special safety standards in order to be installed on planes, "it is believed that exceeding the (11-pound) limit for passenger aircraft will not compromise safety," the request said.

Some members of the committee opposed allowing shipments of lithium ion aircraft batteries on passenger planes, saying safety regulations that let the batteries be used onboard planes don't necessarily ensure they can be transported safely as cargo, according to a summary of the meeting posted online by the U.N. agency.

"One member had discussed this proposal with an engineer in their (country's) airworthiness office who was familiar with standards for batteries installed in aircraft," the summary said. "This colleague did not believe testing standards for installed aircraft batteries warranted special treatment for transport purposes." It was pointed out that the safety standards applied to batteries used in the operation of an aircraft are "narrowly tailored to performance issues and how the battery interacted with aircraft systems," the summary said.

The summary doesn't identify the committee member, but a source familiar with the deliberations said it was the U.S. representative, Janet McLaughlin. She abstained from the vote on the standards, said a federal official with knowledge of the meeting. Neither source was authorized to comment publicly and both spoke only on condition of anonymity.

The Japan Airlines fire ignited about half an hour after the plane had landed in Boston and nearly 200 passengers and crew members had disembarked. Firefighters were alerted after a cleaning crew working in the plane smelled smoke. It took nearly 40 minutes to put out the fire.

The "multiple systems" that were designed to prevent the 787's batteries from catching fire "did not work as intended," Deborah Hersman, the current NTSB chairman, told reporters recently. The "expectation in aviation is never to experience a fire on an aircraft," she said.

Concern about transport of lithium ion aircraft batteries on passenger planes isn't limited to the batteries used in the 787. The Airbus A350, expected to be ready next year, will also make extensive use of lithium ion batteries.

Aircraft manufacturers are also considering retrofitting some planes to replace their batteries with lithium ion batteries to save weight, according to the airline association. The less a plane weighs, the less fuel it burns. Fuel is the biggest operating expense of most airlines.

Cargo airline pilots long have complained about the dangers of transporting lithium batteries. The batteries are suspected of causing or contributing to the severity of an onboard fire that led to the September 2010 crash of a United Parcel Service plane near Dubai, killing both pilots. The two pilots of another UPS plane barely managed to escape the aircraft before it was consumed by fire moments after landing in Philadelphia in 2006.