U.S. investigators said Wednesday they asked Boeing Co. to provide a full operating history of lithium-ion batteries used in its grounded 787 Dreamliners after Japan's All Nippon Airways revealed it had repeatedly replaced the batteries even before overheating problems surfaced.

TOKYO (AP) — U.S. investigators said Wednesday they asked Boeing Co. to provide a full operating history of lithium-ion batteries used in its grounded 787 Dreamliners after Japan's All Nippon Airways revealed it had repeatedly replaced the batteries even before overheating problems surfaced.

National Transportation Safety Board spokesman Peter Knudson said the agency made the request after recently becoming aware of battery problems at ANA that occurred before a Jan. 7 battery fire in a 787 parked at Boston's Logan International Airport. Boeing has already collected some of the information, he said.

ANA said it had replaced batteries on its 787 aircraft some 10 times because they didn't charge properly or connections with electrical systems failed, and informed Boeing about the swaps. Japan Airlines also said it had replaced 787 batteries. It described the number involved as a few but couldn't immediately give further details.

All 50 of the Boeing 787s in use around the world remain grounded after an ANA flight on Jan. 16 made an emergency landing in Japan when its main battery overheated.

The 787 is the first airliner to make wide use of lithium-ion batteries. They are prone to overheating and require additional safeguards to prevent fires. However, ANA spokeswoman Megumi Tezuka said the airline was not required to report the battery replacements to Japan's Transport Ministry because they did not interfere with flights and did not raise safety concerns.

Having to replace batteries on aircraft is not uncommon and was not considered out of the ordinary, she said.

Laura Brown, a spokeswoman for the U.S. Federal Aviation Administration, said in Washington that the agency was checking whether the previous battery incidents had been reported by Boeing.

Boeing in Japan said it couldn't comment while the NSTB investigation is underway. GS Yuasa, the Kyoto, Japan-based manufacturer of the batteries, said it could not comment.

With 17 of the jets, ANA was Boeing's launch customer for the technologically advanced airliner. The airline has had to cancel hundreds of flights, affecting tens of thousands of people, but has sought to minimize disruptions by switching to other aircraft as much as possible. ANA and Japan Airlines are among the biggest customers for the 787 and Japanese manufacturers make about 35 percent of the aircraft.

The battery problems experienced by ANA before the emergency landing were first reported by The New York Times.

Japanese and U.S. investigators looking into the Boeing 787's battery problems shifted their attention this week from GS Yuasa to the manufacturer of a monitoring system. That company, Kanto Aircraft Instrument Co., makes a system that monitors voltage, charging and temperature of the lithium-ion batteries.

On Tuesday, the NTSB said it was conducting a chemical analysis of internal short circuiting and thermal damage of the battery that caught fire in Boston.

The probe is also analyzing data from flight data recorders on the aircraft, the NTSB said in a statement on its website.

LOT Polish Airlines and Ethiopian Airlines, two of the eight international carriers that fly the 787, said in separate statements Wednesday that they had not experienced any problems with the plane's lithium ion batteries. 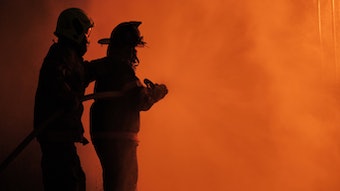