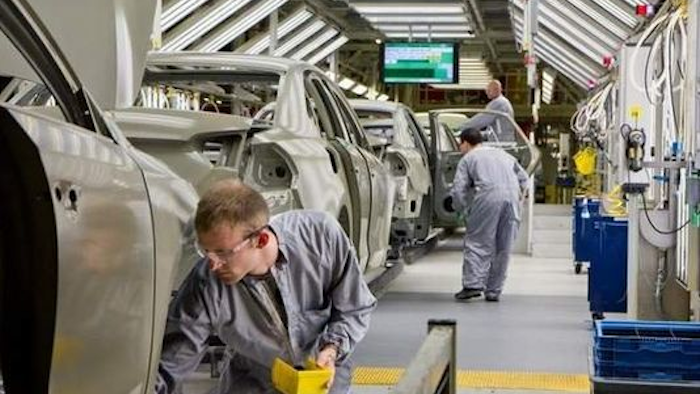 Gov. Bill Haslam last year announced a package totaling $300 million in tax breaks and other incentives for Volkswagen to expand its Chattanooga plant.

But the German automaker last month certified the United Auto Workers to represent many of the plant's workers in negotiations with the company -- an unusual move among foreign automakers in the largely anti-union South. That prompted Republicans who represent the area in the state Legislature to signal that the passage of the incentives is far from guaranteed.

"It's their way or no way. They've decided by-golly they want the UAW here," Sen. Todd Gardenhire, R-Chattanooga, said of VW. "They're not listening to the community."

Haslam responded that although he understands those legislators' concerns, his administration is focused on conveying "why we think this is the right proposal for the state." He added "there's no question" the proposal's failure in the Legislature would hamper future economic development efforts, though he's hopeful opposition by local lawmakers wouldn't kill the VW expansion altogether.

"Obviously any legislation that comes up, the home legislators for that issue tend to have more influence than others," Haslam said. "And so the vote of the Hamilton County delegation on that will be more important."

Should the incentive package fail to clear the Legislature, it's unclear how VW would proceed with plans to add production of an SUV line to the Passat model currently manufactured in Chattanooga. It's also unclear just how big a role government incentives play in bolstering regional auto industries.

One study by a professor at Alabama's Athens State University credited incentives for the explosion of that state's auto manufacturing workforce between 1990 and 2010. Alabama's auto production trailed only that of Michigan and Ohio in 2012, according to an analyst at the University of Alabama-Huntsville.

Others, meanwhile, say the impact of incentives pales in comparison to other factors, with one analyst pointing out Toyota likely could have gotten much more than then $40 million package it received for relocating its headquarters to Texas.

The Volkswagen expansion is expected to create 2,000 jobs in Chattanooga, but the efforts to establish a union at the plant have complicated the proposal.

Tennessee, like nearly all southern states, has a "right-to-work" law that prohibits requiring employees to join a union. Those laws have allowed foreign automakers establishing plants in those states to avoid collective bargaining costs long paid by Michigan-based GM, Ford and Chrysler.

Haslam and other GOP leaders in the state publicly campaigned against efforts to organize a union at the Chattanooga plant early last year. Workers at the plant narrowly rejected a union vote in February, and the UAW challenged the results, attributing them to outside pressure from Republicans. In addition, Democrats in the U.S. House raised concerns that Haslam had tied the incentive package to the results of the vote, which they said could violate federal labor laws. Haslam said at the time he was merely making "a statement of reality."

In the aftermath of the vote, the UAW established a no-dues local bargaining unit, which the company allowed to meet with management. Then, in December, an independent audit of union members cleared the way for UAW to represent more than 45 percent of plant workers in talks with VW.

"At the end of the day, we'll settle on what is in the best interests of the citizens," said Sen. Bo Watson, R-Hixson, said of the incentive package. "Each individual legislator will take a position that best represents his district."

The latest controversy also comes amid reports that two southeastern Tennessee towns are set to lose 2,000 jobs as air conditioning and heating company Goodman Manufacturing shifts production to a new plant under construction in Texas.

The UAW, meanwhile, appears finally to be on the cusp of organizing a labor union in a southern auto plant after decades of futility.

"We don't know exactly what the pathway to exclusive representation or collective bargaining is," said union secretary-treasurer Gary Casteel. "Certainly that is the end goal."