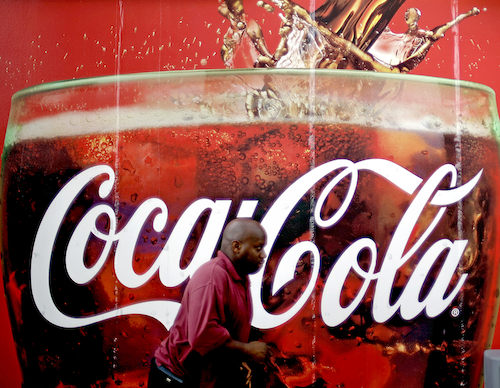 The world's biggest beverage maker says it began notifying workers in the U.S. and some international locations Thursday. It said job types are across all parts of its business and include about 500 cuts at its Atlanta headquarters.

The company, which makes Sprite, Powerade, Vitaminwater and other drinks, has about 130,600 employees around the world, according to FactSet.

In an emailed statement Thursday, Coca-Cola said it will "continuously look for ways to streamline our business," suggesting additional cuts could be announced later.

Coca-Cola Co. and rival PepsiCo Inc. have been looking for ways to cut costs as their soda businesses have flagged in North America. In October, Coca-Cola said it planned to slash costs by $3 billion a year through a variety of measures. It said the savings would be used to help fund the stepped-up marketing it believes is needed to drive up beverage sales. The announcement came as the company reported disappointing revenue for its third quarter, with global beverage volume up just 1 percent.

In addition to the proliferation of alternatives like flavored water and energy drinks, Coke and Pepsi are trying to overcome perceptions that soda makes people fat and health concerns about the artificial sweeteners in diet sodas. Soda consumption in the U.S. has been declining for years, with public health officials calling for special taxes and warning labels to discourage people from drinking it.

In its statement Thursday, Coca-Cola said it does not "take decisions about job impacts lightly."

"We have committed that we will ensure fair, equitable and compassionate treatment of our people throughout this process," the statement said.

The company said last month it expects earnings growth of 4 percent to 5 percent for 2014, which is short of its long-term target. Coca-Cola said it doesn't expect earnings growth for this year to be much different.