The United States capped its best year for hiring in 15 years with a healthy gain in December, and the unemployment rate hit a six-year low. 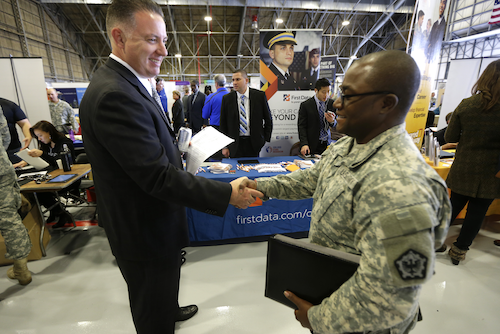 WASHINGTON (AP) — The United States capped its best year for hiring in 15 years with a healthy gain in December, and the unemployment rate hit a six-year low. The numbers support expectations that the United States will strengthen further this year even as overseas economies stumble.

The Labor Department said Friday that employers added 252,000 jobs last month and 50,000 more in October and November combined than it had previously estimated. The unemployment rate dropped to 5.6 percent from 5.8 percent in November. The rate is at its lowest point since 2008.

Yet wage growth remains weak. Average hourly pay slipped 5 cents in December. And the unemployment rate fell partly because many of the jobless gave up looking for work and so were no longer counted as unemployed.

Nearly 3 million more people are earning paychecks than at the start of 2014. That's the largest annual job gain since 1999. Gas prices have also fallen sharply, which will give consumers a further boost in the coming months.

Most economists forecast the U.S. economy will expand more than 3 percent this year, which would mark the first time in a decade for growth to reach that level.

American businesses have been largely shrugging off signs of economic weakness overseas and continuing to hire at healthy rates. The U.S. economy's steady improvement is especially striking compared with the weakness in much of the world.

Europe is barely growing, and its unemployment rate is nearly double the U.S. level. Japan, the world's third-largest economy, is in recession. Russia's economy is cratering as oil prices plummet. China is straining to manage a slowdown. Brazil and others in Latin America are struggling.

Fears about significantly cheaper oil spooked investors earlier this week before financial markets recovered. But most economists remain optimistic that lower energy prices will benefit U.S. consumers and many businesses.

The unemployment rate is now close to the 5.2 percent to 5.5 percent range that the Federal Reserve considers consistent with steady economic growth and low inflation. A rate below that level could push up wages, prices and inflation. The falling rate adds pressure on the Fed to consider raising interest rates soon to avoid higher prices.

At the same time, plummeting oil prices are keeping inflation in check. Most economists forecast that inflation could fall below 1 percent this year.

The drop in average hourly pay to $24.57 came after November's increase was revised lower. Hourly pay has now risen just a penny in the past two months.

In 2014, wages rose just 1.7 percent, not far ahead of the inflation rate, which was 1.3 percent. As hiring ramps up and the unemployment rate falls, that should force employers to offer higher pay to attract workers. But that trend hasn't yet appeared.

The number of unemployed fell 383,000 to 8.7 million. Less than a third of those out of work found jobs. The rest stopped looking for work. The percentage of Americans working or looking for work fell back to a 37-year low that it last touched in September.

The improving jobs picture has healed some of the deep scars left by the Great Recession. The number of people who have been unemployed for more than six months fell 27 percent last year. And the number working part time who would prefer full-time work dropped 12 percent.

Still, much healing remains to be done. To keep up with population growth since the recession began, the economy would need to create 4.9 million additional jobs, according to the Brookings Institution. Average hourly pay is barely staying ahead of inflation.

Economists do expect more healing to occur this year. Tumbling oil and gas prices have put more money in consumers' pockets, enhancing their ability to spend. Goldman Sachs estimates that the additional spending on restaurants, auto dealers and other goods and services will lead to the creation of 300,000 more jobs this year than if oil prices remained at their June levels.

Spending at retail stores and restaurants rose in November by the most in eight months, an early sign that Americans are already spending some of the savings they are enjoying on gas-pump prices.

Car sales jumped 6 percent last year to the highest level since 2006, according to Autodata Corp. Analysts forecast that sales will reach 17 million this year, near the record of 17.3 million set in 2000. That should lead to more jobs at automakers, parts suppliers and dealers.