Anecdotal evidence of the nation's reshoring trend can be found from coast to coast. Data from the Reshoring Initiative, however, shows it's primarily southern states that are seeing the benefits of manufacturing companies returning production from overseas. 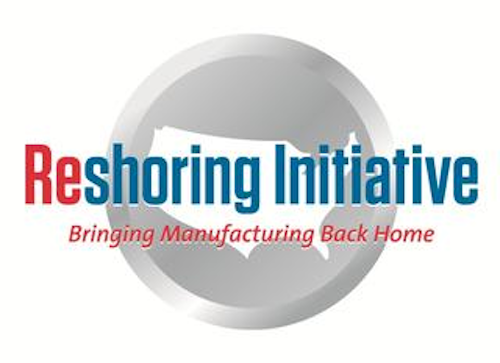 Anecdotal evidence of the nation's reshoring trend can be found from coast to coast.

Data from the Reshoring Initiative, however, shows it's primarily southern states that are seeing the benefits of manufacturing companies returning production from overseas.

The group's numbers show that the south easily accounted for more jobs reshored to the U.S. than the rest of the country combined.

Each of the top five reshoring states, however, were located in the south. Texas saw 3,792 jobs returned from overseas, followed by Kentucky at 3,412 jobs, Georgia at 3,145 jobs and Tennessee at 3,137 jobs.

The Reshoring Initiative credited rising overseas wages — particularly in China — for the growth in reshoring in recent years, along with lower domestic energy prices and other supply chain and workforce advantages.

But the group said Texas and the Southeast tend to attract new development due to comparatively lower wages and taxes. Most southern states also maintain "right-to-work" laws, which generally weaken the presence of unions.

The Midwest trailed in a distant second in reshoring jobs among the four regions tracked by the group with 9,674 restored positions. Ohio and Michigan led the way with 2,739 and 1,742 reshored jobs, respectively.

The Northeast accounted for 2,685 reshored jobs — 1,165 of which stemmed from New York alone — while western states saw 2,027 jobs returned in recent years.
All four U.S. regions, however, exceeded reshoring activity into the country's neighbors. Mexico and Canada accounted for just 1,230 reshored jobs, according to the analysis.

This is the third of a three-part series. See previous articles here and here.