The industrial manufacturing sector saw increased merger activity in the second quarter, according to the latest Assembling Value report from PwC U.S. 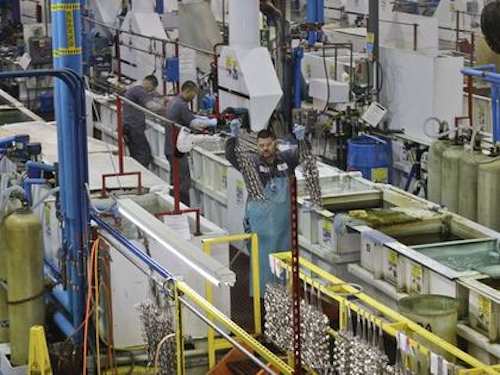 The industrial manufacturing sector saw increased merger activity in the second quarter, according to the latest Assembling Value report from PwC U.S.

The industry recorded 66 mergers and acquisitions of more than $50 million between April and June with a total value of $28.2 billion.

The first three months of the year, by contrast, saw 59 transactions worth a total of $20.5 billion.

Nearly half of the overall dollar amount for the second quarter was attributed to a single deal worth $13.7 billion. Two other deals also eclipsed the $1 billion threshold.

"Across the board, manufacturing deals continue to be a key strategic focus for global businesses as they look to capitalize on the positive manufacturing environment around the world," said Bobby Bono, U.S. industrial manufacturing leader for PwC.

Nearly two-thirds of the second quarter transactions stemmed from deals in China, while the U.S. market accounted for only 10 deals due to a strong dollar and weak overseas demand.

PwC said that U.S. companies, however, remain interested in mergers as an avenue to source or advance new technologies.

Strategic activity accounted for less than two-thirds of deal activity and included a wide range of industries.

Divestitures, meanwhile, accounted for 27 percent of transactions, which Bono attributed to increased input from activist investors.

The second quarter deal total lagged far behind the previous second quarter, however, when 62 deals amounted to $60.4 billion, which fell just short of a quarterly record.