Jeep is recalling more than 228,000 SUVs worldwide to fix a software problem that can cause side airbags to inflate for no reason. 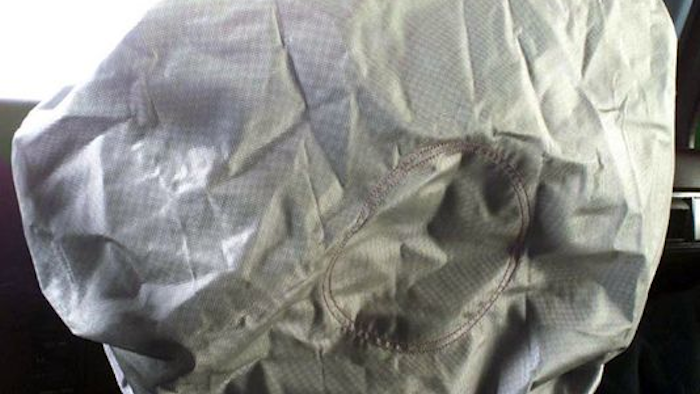 DETROIT (AP) — Jeep is recalling more than 228,000 SUVs worldwide to fix a software problem that can cause side airbags to inflate for no reason.

The recall, which covers Jeep Cherokees from the 2014 and 2015 model years, is the latest in a recent string of auto industry troubles with airbags that include deployment without a crash and inflation with so much force that the airbags spew shrapnel at drivers or passengers.

Fiat Chrysler, which makes Jeeps, says there have been a small number of inadvertent airbag deployments in extreme maneuvers when drivers dramatically change the angle of travel. Canadian safety regulators say the problem occurred mainly in off-road situations. Sudden airbag inflation can startle drivers and cause crashes, but Chrysler says it's not aware of any accidents or injuries.

Most of the recalled vehicles are in the U.S. and Canada. Dealers will recalibrate the software to change the threshold for inflating the airbags.

It's the latest trouble reported with airbags that have saved millions of lives in accidents but are causing other problems for motorists.

On Saturday, U.S. safety regulators said that more than 2 million Toyota, Chrysler and Honda vehicles need a second fix for airbags that may inadvertently inflate while the car is running.

The National Highway Traffic Safety Administration said all the vehicles covered in Saturday's announcement had already been under a recall for the faulty airbags. Carmakers originally tried to fix the defects by partially replacing the electronic control unit, made by TRW Automotive Holdings Corp. of Livonia, Michigan, but that fix didn't always work. The new remedy — full replacement of the unit — will be available to all affected vehicles by the end of the year.

However, the NHTSA is urging consumers with cars under the first recall to have the partial unit installed despite the fix's failure rate, even if they have to return to the dealer under the second recall.

About 39 airbags, or 15 percent, that had been replaced under the previous recall have deployed inadvertently again.

The agency says about 1 million Toyota and Honda vehicles involved in the Saturday recall are also subject to a separate recall related to defective airbags made by Takata Corp. of Japan. Those airbags can deploy and rupture with enough force to cause injury or death.

In nine cases, cars had problems that included both the inadvertent deployment and the Takata rupture. Three of those cases resulted in injuries, including eye injuries, scratches and burns.

No death or injuries related to non-Takata airbag failures have been reported.

Takata is under fire for airbag inflators that can explode, shooting out metal and plastic pieces. At least five deaths and dozens of injuries have been linked to the problem worldwide. Ten automakers have recalled about 12 million vehicles in the U.S. and about 19 million globally for problems with the airbags. The company is still trying to determine the exact cause of the problem.