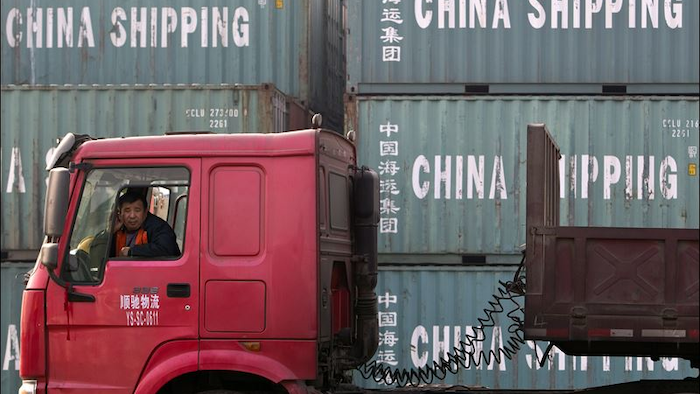 The U.S. Trade Representative announced the dispute would be pursued with the World Trade Organization, arguing China offers free and discounted services, as well as cash grants and other incentives, to industrial clusters across seven sectors, including textiles, metals, light industry, specialty chemicals, medical products, building materials and agriculture.

The office said the subsidy program — called the "Demonstration Bases-Common Service Platform" — appears to vary widely among the 179 clusters, or "Demonstration Bases," in China, but that exact totals were difficult to determine due to "China’s lack of transparency."

The agency said certain enterprises have received at least $635,000 in benefits annually, and that China has given almost $1 billion to suppliers to provide free or discounted services over a three-year period. The payments also appeared to affect a large segment of overall exports, with 16 of the 40 textile clusters alone accounting for 14 percent of the Chinese textile exports in 2012.

The announcement marks the first step at the WTO. The countries will enter settlement negotiations, and if none is reached, the U.S. could ask for a WTO panel to take up the matter.

The dispute follows a previous WTO proceeding by the U.S. involving the Chinese auto industry.

"American workers, farmers, manufacturers, and businesses rank among the most productive and innovative in the world, and where there is a level playing field they can compete and win," said U.S. Trade Representative Michael Froman. "This Administration is dedicated to ensuring that they get all the economic opportunities we’ve negotiated under our trade agreements."

The issue coincides with ongoing negotiations over the Trans-Pacific Partnership, a trade pact which would include the U.S., China and 10 other Pacific Rim nations. The Obama administration has argued the deal would give the U.S. the ability to help write the rules for trade with Asia, but the deal has run into some resistance on Capitol Hill, however, particularly from Democrats wary of previous trade deals and their impacts on outsourced jobs.

Manufacturing groups have largely backed free trade deals, but have urged the Obama administration to address currency manipulation in TPP negotiations. A recent report called China the largest global currency manipulator, and attributed manipulation by China and Japan to a rising U.S. trade deficit. The trade deficit with China alone — the largest between the U.S. and any other nation — set a record last year, increasing 24 percent to more than $340 billion.