The U.S. House of Representatives on Friday defeated crucial trade legislation in a move that could seal the fate of Trade Promotion Authority in that chamber. 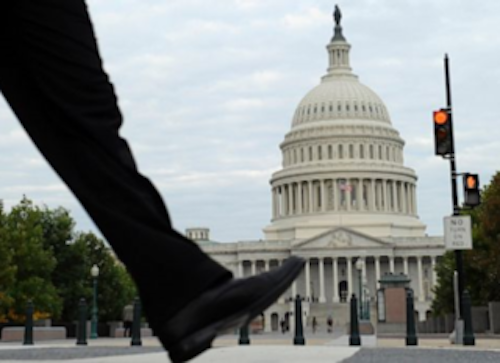 The U.S. House of Representatives on Friday defeated crucial trade legislation in a move that could seal the fate of Trade Promotion Authority in that chamber.

The Obama administration and top congressional Republicans hope to pass TPA, which would restrict congressional changes to negotiated trade deals and clear the path for the U.S. to join the Trans-Pacific Partnership trade pact.

The Senate passed Trade Promotion Authority last month, but observers all along expected the bigger fight over the issue to come from the House, where some Republicans and most Democrats signaled their opposition to free trade pacts.

President Obama traveled to Capitol Hill earlier in the day to champion his trade agenda among skeptical Democrats, but he evidently failed to convert enough members of his own party.

Instead, the House voted 302-126 against a bill that would provide aid and job training to workers that lost their jobs due to trade agreements. Passage of that legislation — labeled Trade Adjustment Assistance — is needed before the House can consider TPA.

Rep. Peter DeFazio, D-Oregon and a TPA opponent, criticized Obama's presentation on the Hill and alleged that he “tried to both guilt people and impugn their integrity.”

U.S. Rep. Ron Kind, D-Wisconsin and a supporter of TPA, countered that Obama brought "an intellectual approach" to the debate and predicted that the defeat in the House would only lead to negotiation of "a worse TPP."