Here's a look at what the developments mean for consumers and companies. 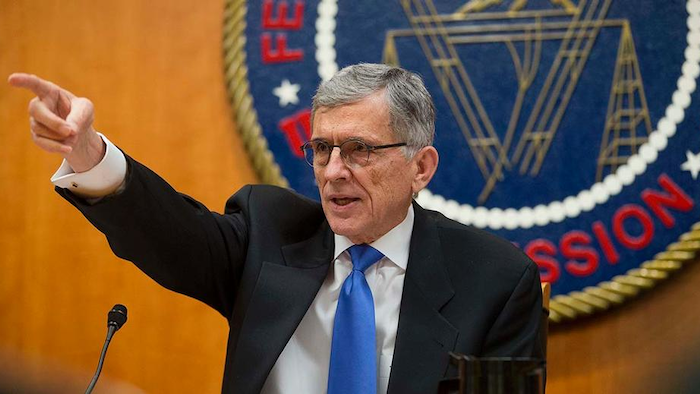 Cable and telecom industry groups have sued to have the rules thrown out, arguing they are too onerous. But on Thursday, a federal appeals court declined to block the rules from taking effect as the industry litigation against them proceeds. A court could still eventually overturn the rules.

There will be no immediate effect on how consumers and companies use the Internet. Broadband providers today typically treat content from different websites and services equally.

"We had the Internet for some time obeying such principles but they've never been codified. Now they have been codified," said Nicholas Economides, a professor at New York University's Stern business school and an expert on networks and telecommunications. "Consumers should not see any substantial difference."

Regulators, consumer advocates and Internet companies like video site Vimeo and crafts marketplace Etsy had concerns about Internet providers' power over Web traffic. For example, there were worries that being able to pay for a special Internet fast lane would let richer companies more easily reach users and stifle the growth of newer, poorer startups.

What is new: The Federal Communications Commission will be able to investigate complaints about "unreasonable" business practices by Internet providers that aren't explicitly banned. Many broadband companies say this invites uncertainty — they don't know what's allowed.

Here's a look at what the developments mean for consumers and companies:

What is Net Neutrality, and what are the new rules?

So-called net neutrality is the principle that Internet providers treat all Web traffic equally, and it's how the Internet works today. The FCC enacted rules that protect that, to make sure cable and phone companies don't manipulate traffic: They can't create special fast lanes for some content, like video from YouTube, or intentionally block or slow Web traffic. Many Internet providers say they don't plan to do those things, but the FCC worried that they could.

In enacting its rules, the FCC placed Internet service in the same regulatory camp as telephone service. That means providers have to act in the "public interest" when supplying Internet service and refrain from "unjust or unreasonable" business practices. The FCC can investigate complaints about industry practices that might violate net-neutrality principles, even if they're not specifically prohibited by the rules. Complaints can be filed here: https://consumercomplaints.fcc.gov/ .

What about for companies?

Internet companies Netflix and companies that manage Internet traffic, like Cogent, can also complain to the FCC about "unreasonable" behavior by broadband providers over network-connection deals in the backbone of the Internet.

Companies could complain that broadband providers are charging them too much to connect to their networks, for example.

Fights over these arrangements had in the past led to a slowdown in Netflix streaming speeds for customers of several major Internet service providers.

Which companies are affected?

Why is the industry opposed?

Companies say they don't want the stricter regulation that comes with the net neutrality rules. They say the regulations will undermine investment in broadband, and that it's not clear what is and isn't allowed under the greater authority the FCC has to investigate unspecified complaints.

They are also concerned about price regulation. The FCC says it won't preapprove the prices companies set for Internet access. But consumers can complain about the cost of their service and the government can look into it under the new rules.