Federal regulators have uncovered new violations by the manufacturer of medical scopes recently linked to outbreaks of deadly "superbug" bacteria at U.S. hospitals. 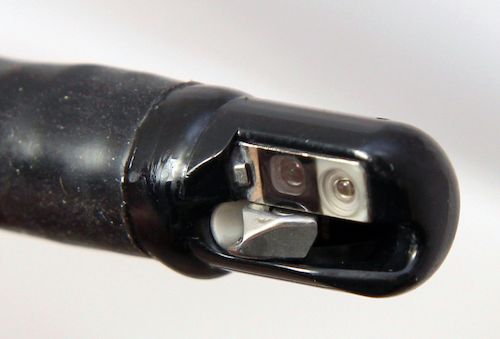 Olympus Corp. failed to alert regulators to a cluster of 16 infections in patients who underwent procedures with the company's scope in 2012, according to a warning letter posted online Monday by the Food and Drug Administration. Olympus did not report the problems to the FDA until 2015, when the company was already under scrutiny for a more recent series of outbreaks.

Medical device manufacturers are required to report serious device problems to the FDA within 30 days of learning about them. The infections reported to the company involved a bacterial strain called pseudomonas, which can cause pneumonia, severe sickness and death in hospital patients.

Additionally, FDA inspectors found that the company has no standard procedure for promptly reporting serious problems with its devices, a requirement for medical device companies. The FDA inspected four company sites in Japan and the U.S. between March and April this year.

A spokesman for the Tokyo manufacturer said in a statement: "We are reviewing the FDA's warning letter so that we can provide the required response in a timely manner."

The FDA also posted warning letters Monday to two other scope manufacturers — Hoya Corporation and Fujifilm Corporation — citing problems with the testing, design and quality control of their devices. All of the letters are dated Aug. 12.

Olympus is the market leader for the devices in the U.S., accounting for about 85 percent of sales, according to the FDA.

Medical scopes from Olympus were linked to infections of antibiotic-resistant bacteria at two separate Los Angeles hospitals earlier this year. Hospital staff at Cedars-Sinai and UCLA medical centers said the infections occurred despite following Olympus' instructions for cleaning the devices, known as duodendoscopes.

The specialized scopes consist of a flexible fiber-optic tube that is inserted down the throat into the stomach and small intestine to diagnose and treat conditions in the pancreas and bile ducts. The tip of the scope includes moveable instruments designed to remove tumors, gallstones and other blockages. But this complex design also makes the instruments difficult to clean. Bodily fluids and other debris can stay in the device's joints and crevices even after cleaning and disinfection.

Since 2013, there have been eight outbreaks of antibiotic-resistant bacteria linked to the devices at U.S. hospitals, according to government figures.

The FDA previously disclosed that Olympus did not seek federal clearance for the latest version of its duodenoscope, which it began selling in 2010.

Despite these problems the FDA has repeatedly said the devices should stay on the market because they fill an important need in a half-million procedures performed each year.