Manufacturers of farm equipment are starting to feel the effects of falling grain prices on farmers' profit margins. 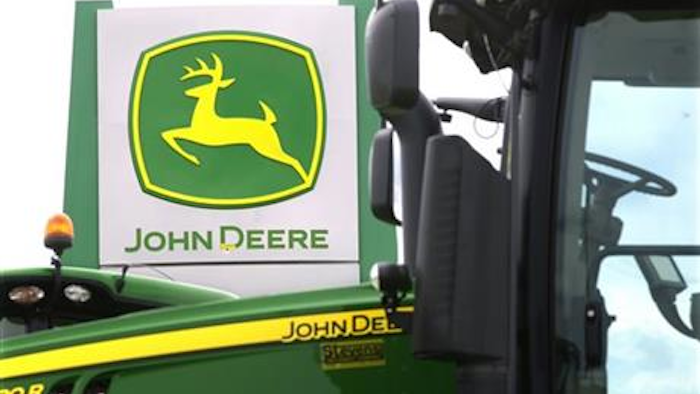 Manufacturers of farm equipment are starting to feel the effects of falling grain prices on farmers' profit margins.

Deere & Company, the Moline, Illinois-based maker of John Deere tractors, recently announced more than 800 layoffs at four Iowa facilities and 45 more at its plant in East Moline, Illinois. The company attributed the decision to a decline in demand, and agricultural economists predicted other farm equipment companies would follow suit.

"Deere is probably being more aggressive in their pullback," said Iowa State University economist Chad Hart. "They would rather cut early and conserve costs now, instead of cutting later."

Farmers who weathered drought conditions in 2012 saw prices for corn and soybeans skyrocket, but improved conditions and record harvests of both crops have led to projected drops in commodity prices this year. Corn is expected to draw $3.65 per bushel this year, nearly half its $6.89 price in 2012, while soybeans are expected to fall from its 2012 price of $14.40 per bushel to $10.20 this year.

That's led to belt-tightening by many farmers, with new equipment purchases among the first plans to be scrapped.

Although farmers anticipated grain prices would eventually return closer to previous levels, the plummeting price of oil has provided some relief. In addition to lowering the fuel costs needed to maintain their fields, farmers could see falling gas prices bolster demand at grocery stores.