In a sign of the impact on the oil sector of the slump in energy prices, Royal Dutch Shell Plc said Thursday it plans to cut spending by $15 billion over the next three years amid a drop in earnings. 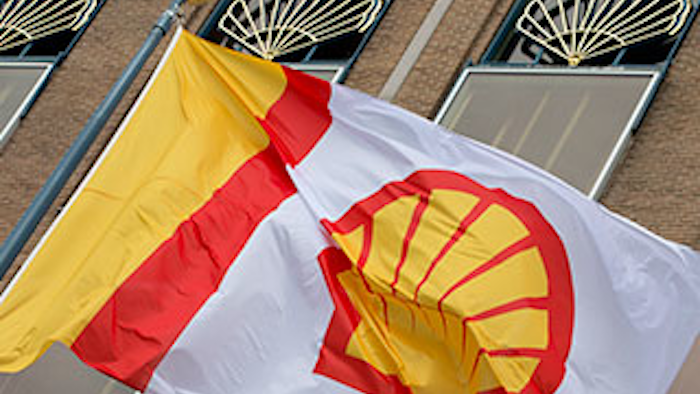 LONDON (AP) — In a sign of the impact on the oil sector of the slump in energy prices, Royal Dutch Shell Plc said Thursday it plans to cut spending by $15 billion over the next three years amid a drop in earnings.

Shell is the first major energy company to report earnings, so its quarterly update is watched for hints on the performance of the wider industry.

Not counting the impact of changes in the oil price on inventory, the company said its quarterly earnings rose 93 percent to $4.2 billion.

Chief Executive Officer Ben van Beurden said efforts to balance growth and returns had positioned the company to handle the decline in oil prices. While lower oil prices and last year's divestments are likely to reduce cash flow in 2015, the company must be careful not to "over-react."

"We plan to cap our organic 2015 spending at 2014 levels," he said in a statement. The company will remain open to opportunities in investment, but could also "further reduce spending should market conditions warrant that step."

Shell joins other oil companies in adjusting to the new reality. Oil giant BP, which announces its earnings next week, announced 300 job cuts earlier this month.

Shell abandoned plans to spend $6.5 billion on a petrochemical plant in Qatar. The company, which employs 90,000 people in 70 countries, said the cost of the plant was not commercially feasible in the current economic climate.

"The numbers are below forecast, with the news providing a difficult start to the oil majors' results season," said Keith Bowman, an equity analyst at Hargreaves Lansdown Stockbrokers, who nonetheless noted the company's determination to respond.

The company is one of the most widely held stocks on the London FTSE stock index — prized for its reliability in producing dividends. Analysts note that van Beurden described the dividend as being iconic, and seem willing to look past disappointing results as long as that remains core.

"The big question is whether this dividend safe in this new environment," said Garry White, the chief investment correspondent at Charles Stanley.