Exxon Mobil has been working for years on a fleet of enormous new oil and gas projects in places such as Abu Dhabi, Russia, Papua New Guinea, and the Gulf of Mexico designed to turn around what has been a consistent and alarming slide in oil and gas production. 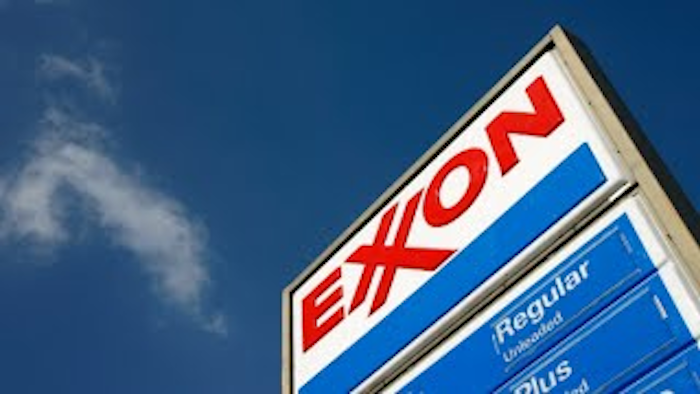 NEW YORK (AP) — Exxon Mobil has been working for years on a fleet of enormous new oil and gas projects in places such as Abu Dhabi, Russia, Papua New Guinea, and the Gulf of Mexico designed to turn around what has been a consistent and alarming slide in oil and gas production.

A record eight of these mega-projects came on-line last year, Exxon said Monday — just as oil prices were falling by more than half.

"Investors would be more than happy to see production decline but oil prices higher," said Fadel Gheit, an analyst at Oppenheimer & Co.

No such luck this year. These enormous projects were conceived and started years ago, as prices were rising. Now they are starting to produce oil and gas at a time when the price of global crude has been eviscerated by rising supplies and weak growth in demand.

On Monday Exxon posted a 21 percent decline in both revenue and profit for the fourth quarter because of lower oil prices. The company said it earned $6.57 billion in the quarter, the lowest since the first quarter of 2010, on revenue of $87.28 billion. Last year Exxon earned $8.35 billion on revenue of $110.86 billion.

Exxon also said Monday that oil and gas production slipped 4 percent compared with a year earlier, to 4.05 million barrels per day. It was the 13th decline in the last 14 quarters. Four years ago, Exxon was producing nearly 1 million more barrels of oil and gas per day than it is now.

Chevron, which is in the midst of its own boom of new mega-projects, posted similar results Friday. It managed to eke out a small gain in production, but posted a 30 percent decline in profit.

Exxon and Chevron's bad timing highlights a perennial problem for major oil and gas companies. They produce so much oil that just replacing it all is difficult as oil fields naturally decline.

"It's impossible for an oil company this size to grow and maintain growth over time," says Gheit of Exxon. "It's like a dog with its tail."

The bigger companies must develop enormous projects that deliver huge amounts of oil and gas to keep up. But these projects, especially now that they must reach oil and gas in isolated locations, politically difficult countries, or extreme geological formations, take tens of billions of dollars and years of development.

Exxon and Chevron will both reduce spending on big capital projects this year, but that will only affect projects far in the future. The ones already under way will continue. Exxon has more new projects starting up this year, including an expansion of an already-large operation in the Canadian oil sands called Kearl, which will eventually produce 500,000 barrels of oil per day. By comparison, a typical well in the Bakken oil field in North Dakota, which is at the heart of a boom in U.S. oil production, will produce less than 1,000 barrels per day.

Chevron is in the midst of a push to grow production by 20 percent by 2017, to 3.1 million barrels of oil and gas per day. Last year, it started two big oil projects in the Gulf of Mexico and a natural gas project in Bangladesh. This year, Chevron expects to start up another new big Gulf of Mexico project and the first of of two giant natural gas projects in Australia that, at $54 billion, is one of the most expensive projects ever.

To the companies, and to most analysts, this apparent bad timing is not a major concern.

"Production growth is still a good thing, even in this lower price environment," said Rich Eychner, an analyst at Raymond James.

These big projects produce oil and gas for decades, and the companies know that prices will rise and fall dramatically over the lives of the projects. It just so happens that a lull in prices is happening in the early years, they say.

And there's an upside to low prices for the major oil companies. When oil prices drop and drilling activity slows, rig operators and other companies that work for big oil producers charge less. That could lower the cost of new exploration and even projects already under construction, making them more profitable over the long term.

"I am very comfortable that the economics will be just fine and they will be prolific contributors to the company for years to come," Chevron CEO John Watson told investors Friday.

Even if that turns out to be true, investors may have to put up with some pain in the short term. For example, analysts do expect Exxon's oil production to rise this year, according to FactSet, but they also expect earnings to fall 41 percent to $19.3 billion from last year's $32.5 billion.