Any move by the U.S. Federal Reserve to taper its economic stimulus program would pose a large challenge to global financial stability, according to an International Monetary Fund report released Wednesday. 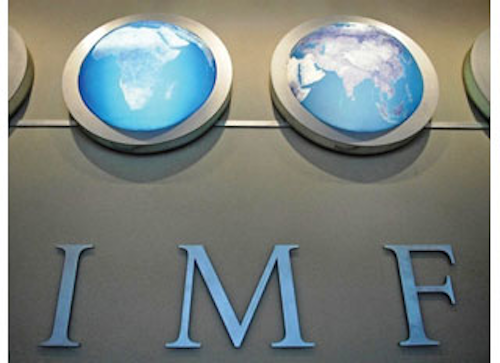 WASHINGTON (AP) -- Any move by the U.S. Federal Reserve to taper its economic stimulus program would pose a large challenge to global financial stability, according to an International Monetary Fund report released Wednesday.

The Fed is expected to begin such a transition early next year, scaling back its $85-billion-a-month in bond purchases that have injected cash into the sluggish economy to boost growth. Backing away from that strategy would amount to a vote of confidence that the economy was strong enough to stand without extraordinary stimulus.

The IMF's Global Financial Stability Report said such a sign of U.S. strength should help shore up global financial stability. Yet, it also said that managing a smooth transition out of the extraordinary bond purchases "could prove challenging" as both interest rates and market volatility rise. The report was released ahead of the IMF's annual meeting this week in Washington.

"This process will be unprecedented and complex," said Jose Vinals, the IMF's financial counselor. "Containing longer-term interest rates and market volatility has already proven to be a substantial challenge, as shown by the sharp rise in bond yields and volatility since May," he added.

It also urged Europe to move forward on a banking union — a single body that would restructure or unwind failed banks across the region.

The "stressed economies" of Italy, Portugal and Spain continue to be plagued by heavy corporate debt loads, the report said. A significant share of the corporate debt in stressed economies is now owed by companies with weak debt servicing capacity, it said, and this could negatively affect bank balance sheets and cut into profits.

It said Europe needs to improve credit to viable enterprises. The report noted that many policymakers see weak credit growth generally in the global economy as a primary reason behind the slow economic recovery.

Developing countries saw a larger than normal surge in bond investments over the past five years, said Vinals. And they are already seeing significant capital flows out as interest rates rise in the U.S. and attract investment. Highlighting one risk to global financial stability, these outflows could increase significantly along with volatility.

Financial authorities may need to intervene to ensure the process is smooth, the IMF report said.

What If Car Boss Mulally Took Over At Microsoft?