A Federal Reserve survey shows the U.S. economy strengthening over the past two months in areas from manufacturing and construction to retail sales and bank lending. 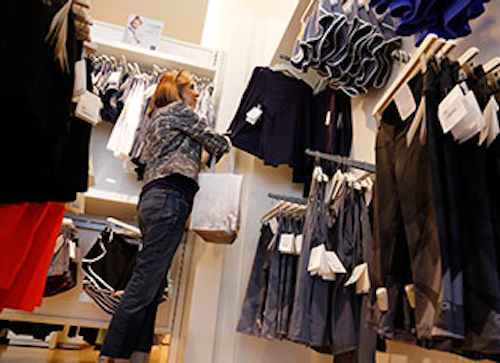 WASHINGTON (AP) -- A Federal Reserve survey shows the U.S. economy strengthening over the past two months in areas from manufacturing and construction to retail sales and bank lending.

Retail sales were reviving, helped by pent-up demand for new cars after the harsh winter, the survey found. Manufacturing was expanding in all regions, along with lending. One weakness was home sales, held back in large part by a tight supply of available homes.

The Beige Book is based on anecdotal reports from businesses and will be considered along with other data when Fed policymakers meet June 17-18.

Nothing in the report is likely to alter the widespread view that the Fed thinks the economy is reviving after a winter slowdown.

Economists generally believe the Fed in June will pare its pace of monthly bond purchases by another $10 billion while pledging to keep its key short-term interest rate at a record low near zero for a "considerable" period after its bond purchases end.

Beginning in December, the Fed has been reducing its bond purchases, which were designed to keep long-term rates low to spur spending and economic growth. The purchases, now at $45 billion a month, will likely be phased out entirely this fall.

The Beige Book suggests that despite the spring rebound in activity, inflation remains contained and wage pressures subdued. Low inflation has given the Fed the leeway to keep interest rates exceptionally low to try to boost growth and lower unemployment.

The Fed survey said the job market in much of the country has improved since its last Beige Book. Cleveland and Chicago reported increased demand for temporary workers. Several districts reported that employers were having trouble finding skilled workers.

Manufacturing activity expanded in all 12 districts, with robust gains reported in the Boston, New York, Atlanta and Kansas City districts. Growth was especially strong at factories connected to the auto, aerospace and metal industries.

But the Boston, New York and Kansas City regions reported that home sales were being held back by low or dwindling supplies of available homes. Other regions also described availability as low.

Fed Chair Janet Yellen has said that the Fed is monitoring conditions for any signs that the housing recovery is faltering.