New York City officials urged the state's top court to reinstate the city's ban on big sodas, arguing that the largest source of added sugar in the American diet is from sugary drinks. Officials argue that sodas are empty calories and don't provide nutritional value. 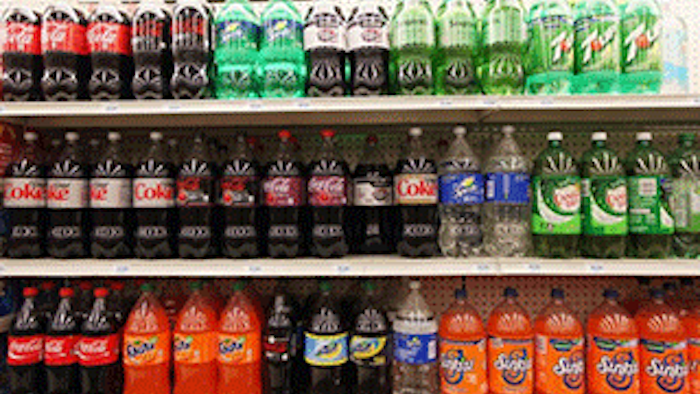 ALBANY, N.Y. (AP) — New York City officials urged the state's top court on Wednesday to reinstate the city's ban on big sodas, arguing that the local Board of Health has authority to restrict products that make people obese and contribute to disease.

The 2012 ban against peddling sugary drinks larger than 16 ounces at restaurants, delis, movie theaters, stadiums and street carts was overturned by the lower courts the same month the ban was to take effect. It was pushed by then-Mayor Michael Bloomberg and since backed by Mayor Bill de Blasio.

Several judges on the Court of Appeals questioned where the board would draw the line.

Judge Eugene Piggott Jr. asked whether triple-decker burgers would be next. Judge Victoria Graffeo questioned the limit in light of exclusions like mixed coffee drinks loaded with more than 800 calories.

The board's decision was reasonable, not arbitrary, based on science, Dearing said. He added that it isn't actually a ban, only a limit on cup size.

Restaurants, theater owners, beverage companies and small stores sued to block the restrictions. The Court of Appeals is not expected to rule on the board's request until next month.

Richard Bress, an attorney for the plaintiffs, argued Wednesday that the Board of Health lacks authority for such a policy decision and would need the City Council to first authorize it. Many council members had opposed it.

"What we didn't have was the will of the people," Bress said. "It was a first step to going over the line to tell us what portion size we can have."

According to the American Beverage Association, New York City is the only jurisdiction attempting such a restriction, though several others around the country have tried and failed to impose special taxes on sugary drinks.

"We look forward to a final resolution of this issue, as the soda ban would have a negative impact on businesses throughout the city," spokesman Chris Gindlesperger said.

"What we do need to question is the beverage industry's continued promotion of these unhealthy products in communities most burdened by obesity and diabetes," she said. "The rule capping sugary drinks at 16 ounces is a necessary and important step toward improving the health of New Yorkers regardless of their zip code."