Jack Keough on Starting Your Own Business 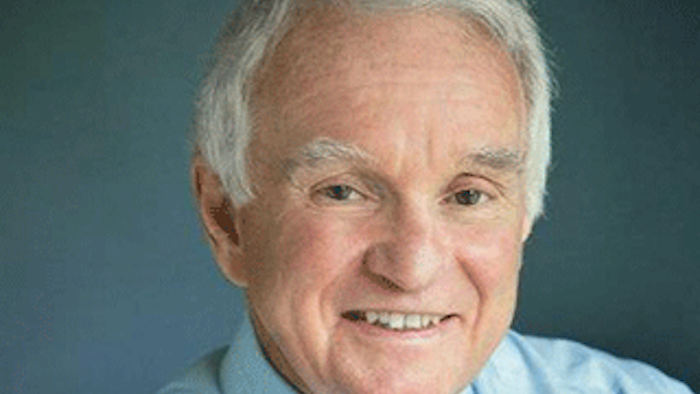 I was driving through a neighboring town last week and stopped when I noticed blue and white balloons outside an old storefront business. Two young women were having pictures taken as they cut the ribbon for the opening of their new consignment shop. They were excited about owning their own business and being their own bosses.

Everyone who has started their own business has experienced similar feelings.

Over the years both as a business editor and editor of Industrial Distribution, I’ve interviewed hundreds of business owners and, to a person, they said they had never regretted their decision.

Take Steve Short for example, the president of Updike Supply, who bought his distributorship and 1995 and spent countless hours learning the business and products. That’s what being an entrepreneur is: someone willing to invest their finances and time not only to establish a business, but take it through its initial growing pains and beyond.

By virtue of his hard work and commitment, Steve has increased his company’s sales ten-fold and has acquired other distributorships.

(Steve by the way, was a panelist on a special webcast ID hosted on the Future of the Independent Distributor. Visit www.inddist.com to watch a replay of the event.)

Owning your own business is a challenge, no matter how you look at it, but small business owners don’t regret it – not one single bit.

In the past few years, I’ve met several new distribution owners, some of whom had been sales managers or branch managers and whose companies had been bought by larger ones. We’ll be reporting on how well they’re making out in later issues.

History is on their side.

One of the key reasons given by many small-business owners is they clearly value the independence they get from their choice of career, which is a part of their satisfaction with their career choice, Gallup said. When asked to name the most rewarding things about starting and running their own business, over four in 10 identified being their own boss and being the decision-maker. Other responses mentioned by more than 10% of respondents include having a sense of job satisfaction, having family time and schedule flexibility, and interacting with the customer.

The survey results, which have not fluctuated over more than a decade, were based on 600 responses of small business owners around the country.

In fact, more people are taking the plunge to start their own business despite the slow economy, according to a report.

The Journal said that pattern is similar to the last downturn earlier this decade, when entrepreneurship levels also rose during the tech bust. Underlying these increases are layoffs and other job reductions, which can push people to launch their own businesses, says Robert Fairlie, the study’s author and an economics professor at the University of California - Santa Cruz.

But there are also some potentially alarming trends. High-value businesses were not the bulk of the new ventures that had been created.

What do you think? If you are a small business owner: would you do it again?