After a bleak start to the year, the U.S. economy grew at a brisk annual rate of 4.2 percent in the April-June quarter, the government said Thursday, slightly faster than it had first estimated. 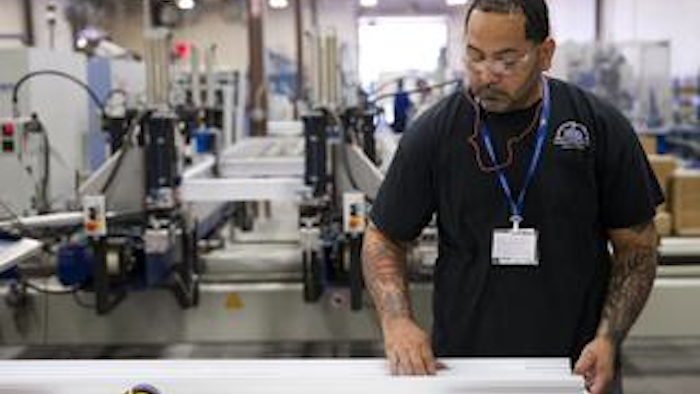 WASHINGTON (AP) — After a bleak start to the year, the U.S. economy grew at a brisk annual rate of 4.2 percent in the April-June quarter, the government said Thursday, slightly faster than it had first estimated.

The upward revision supported expectations that the second half of 2014 will prove far stronger than the first half.

The seasonally adjusted 4.2 percent annual growth rate for the gross domestic product — the nation's total output of goods and services — came after the economy had shrunk at an annual rate of 2.1 percent in the January-March quarter. That was the biggest economic decline since the depths of the Great Recession.

The first-quarter decline had reflected mainly the effects of a harsh winter that kept consumers away from shopping malls, disrupted factory production and depressed the economy.

In its second estimate of growth for the April-June quarter, the government said companies' restocking of supplies contributed less than it had first estimated. But a higher trade deficit subtracted less from growth than initially estimated.

The downward revision in inventory building will likely help boost growth in the current July-September quarter because it means that businesses may need to restock their supplies to meet demand.

With the wild swing between the first quarter's sharp slump and the vigorous rebound in the second quarter, annual economic growth has averaged a meager 1.1 percent for the first six months of this year. Still, most analysts think the economy has regained momentum as the job market has strengthened. They foresee a healthy annual growth rate of around 3 percent in the current quarter and in the final three months of the year.

Because of the rocky start, economists think growth for all of 2014 will average just 2.1 percent, little changed from last year's 2.2 percent increase.

They're more optimistic about 2015. Many expect growth to accelerate to 3 percent, an indication that the economy is finally gaining cruising speed after the deep 2007-2009 recession, the worst since the 1930s. The recession officially ended in June 2009 and over the past five years, the economy has turned in subpar growth rates averaging around 2 percent a year.

"I am looking for 2015 to be a better year, assuming geopolitics don't get in the way," said Sung Won Sohn, an economics professor at California State University, Channel Islands. Economists worry that any of several political hotspots, from Ukraine to Israel to Iraq, could erupt in a way that would destabilize U.S. and global growth.

But Sohn said numerous factors should support growth in the second half of this year and in 2015. The principal strength is expected to come from further improvement in the job market.

In July, employers added 209,000 jobs, the sixth straight month of solid 200,000-plus job growth. Those gains have averaged 244,000 a month since February, the best six-month string in eight years.

MAPI: Industrial Sector To Be Fully Recovered By End Of 2014