Germany's antitrust authority has fined three suppliers of Volkswagen AG a total of 9.6 million euros ($11 million) for allegedly colluding on how to pass on increasing raw material prices to the automaker. 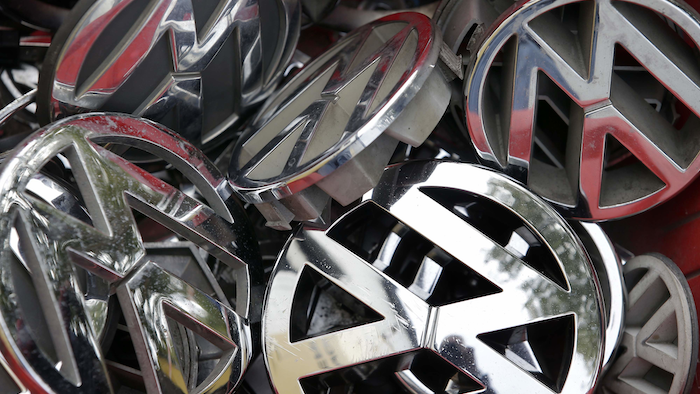 BERLIN (AP) — Germany's antitrust authority has fined three suppliers of Volkswagen AG a total of 9.6 million euros ($11 million) for allegedly colluding on how to pass on increasing raw material prices to the automaker.

The companies make aluminum heat shields used to insulate other parts of the vehicle against heat generated in the engine and exhaust.

The cartel office accuses them of colluding in 2011, exchanging sensitive information to strengthen their negotiating position against Volkswagen.

Settlements were reached with all three companies. The fines can be appealed.