The Trump administration's decision to re-examine Obama-era rules that govern automobile gas mileage could be the first round of a potentially bruising political fight: revoking the ability of California and other blue states to set their own, tougher car-emission standards. 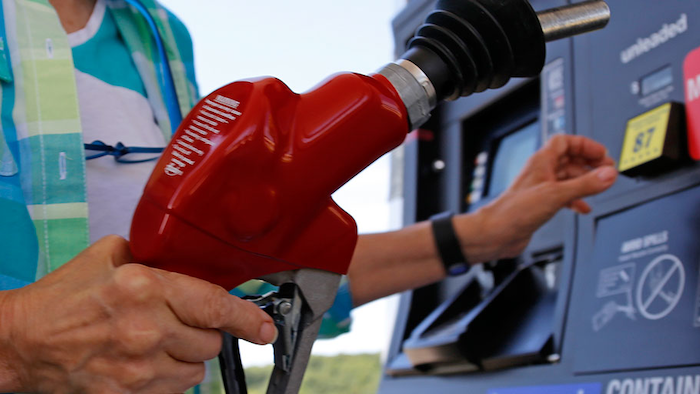 DETROIT (AP) — The Trump administration's decision to re-examine Obama-era rules that govern automobile gas mileage could be the first round of a potentially bruising political fight: revoking the ability of California and other blue states to set their own, tougher car-emission standards.

Environmental groups are preparing for the clash, which won't come for at least another year and likely will end up being settled by the courts.

California's unique status dates to 1970, in the early days of the Clean Air Act. Because of the state's smoggy skies, Congress gave California a "waiver," allowing it to set stricter pollution standards than the rest of the nation. The California standard is now used by at least a dozen, mostly Northeastern states, including New York and Massachusetts.

The Trump administration has said it wants one uniform fuel mileage requirement for automakers across the U.S. Environmental groups and California officials fear that the administration will try to revoke the waiver, and they're preparing to fight it in court.

California's Democratic leaders, including Gov. Jerry Brown and Attorney General Xavier Becerra, have fiercely criticized Trump and vowed to fight his policies on a variety of fronts. The California Legislature has hired Eric Holder, the U.S. attorney general under President Barack Obama, to advise lawmakers on legal strategy.

Democratic Sen. Kamala Harris, a former California attorney general, said the state's tailpipe emission rules were "based on science and fact" and said a legal challenge is a near certainty if the Trump administration tries to alter or weaken the standards.

Trump took the first step toward a potential showdown on Wednesday in Michigan when he announced that the government will re-examine fuel economy requirements for 2022-2025. The rules were affirmed in the waning days of the Obama administration as part of a broader effort to control greenhouse gas emissions that contribute to global warming.

Although the Trump administration says it hasn't decided whether to weaken the requirements, Trump has promised the CEOs of major car companies that he'll reduce "unnecessary regulations." His Environmental Protection Agency chief, Scott Pruitt, has said he doesn't believe that carbon dioxide is a primary contributor to global warming, putting him at odds with Obama's EPA and mainstream climate science.

"These standards are costly for automakers and the American people," Pruitt said Tuesday. He promised a "thorough review" that will "help ensure this national program is good for consumers and good for the environment."

Environmental groups predict Trump will weaken the standards, which now require the fleet of new cars and trucks to average 36 miles per gallon in real-world driving conditions by 2025, about 10 mpg higher than the current standard. The auto industry is concerned that the standards will be hard to meet because people are buying more trucks and SUVs and shunning fuel-efficient cars.

The Trump administration downplayed any potential fight, saying officials have more than a year to resolve differences. A decision is not due until April 2018.

Currently, California and federal standards are mostly the same. But if Trump relaxes the standards, California and the other states likely would keep the 36 mpg rule in place, potentially creating two standards. Since about 40 percent of the nation's vehicles are in states that follow California rules, automakers probably would conform to them rather than build two different vehicles for the U.S. market.

That means California would end up setting national policy. That's a problem for the industry because car prices could rise and hurt sales. The EPA estimates the current standards will cost $875 per vehicle, while a study commissioned by the auto industry estimates it at $1,249 per vehicle by 2025. However, the government fuel saving would more than offset says the added costs.

If no agreement is reached, the administration could try to revoke California's latest waiver, setting up an epic legal battle over who controls emissions and fuel economy policies.

A senior White House official said Tuesday that the administration wants to negotiate one national standard. "We welcome California to the table," the official told reporters in a conference call. He spoke on condition of anonymity even though Trump has criticized the use of unnamed sources.

"If California wants to go a different direction (in 2018), we'll have to deal with it at that point," he said.

The feds have some leverage: A new waiver will be needed in 2025.

Regardless of what happens in the U.S., automakers who sell globally will still have to improve vehicle efficiency because of rising fuel economy standards in the rest of the world. China, Europe and Japan will all require fleets to average 47 miles per gallon or higher by 2020.