China, which tightly censors the internet, called on Thursday for a new model for governing the web based on rules and order rather than the unfettered access seen in democratic societies. 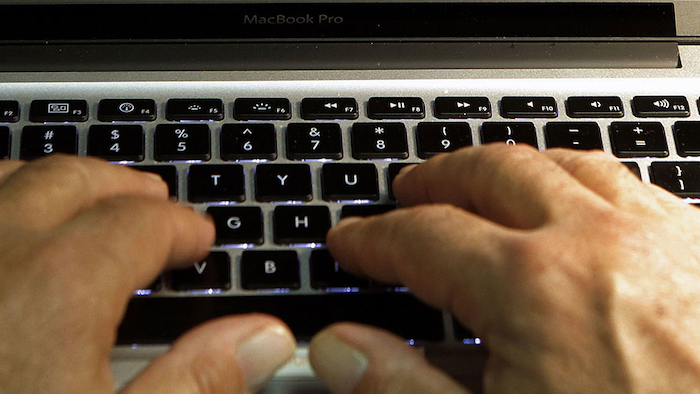 BEIJING (AP) — China, which tightly censors the internet, called on Thursday for a new model for governing the web based on rules and order rather than the unfettered access seen in democratic societies.

Speaking in Beijing, foreign ministry and cyberspace affairs officials made China's latest argument for being a global leader in managing the internet. Unveiling the country's first cyber policy paper, they also stated that China would beef up its cyberwarfare capacities to defend against hacking and other foreign threats.

China has long defended its right to impose own standards in cyber fields such as censorship, data privacy and business regulation in the name of national security. The new policy paper effectively codified the Communist Party leadership's claim that countries should wield sovereign authority over all cyber-related matters within their territory.

Describing the internet as rife with subversive thought, religious extremism, pornography, fake news and financial scams, Long said China "stands ready to work together with Russia and BRICS partners," as well as other countries on new governance measures.

BRICS is an organization of large emerging economies grouping Brazil, Russia, India, China and South Africa. China is hosting its annual summit this year as part of efforts to elevate the group's international status.

China made a major push for global internet leadership at a conference it hosted in 2015 in the eastern town of Wuzhen. In a keynote address, President Xi Jinping said that while there was the need to respect freedom of expression, the world also needed to "create a fine cyberspace order following relevant laws."

The new policy paper emerges as the country's leaders have talked up Beijing's desire to be a world leader in economic globalization and diplomatic multilateralism, at a time with President Donald Trump is questioning trade agreements and pushing his own brand of American economic nationalism. China is seen as sensing an opportunity to bolster its influence and aggrandize its blend of authoritarian politics, strict social controls and limited free market economics.

The sovereignty argument has underpinned China's justification for a massive internet censorship apparatus that critics say hampers free speech and open trade. Chinese officials have evangelized the concept at international forums in recent years, arguing that developing countries should join Beijing in demanding a greater say over global internet governance, which is currently dominated by the United States and liberal Western thinking.

Beijing's sophisticated censorship tool, known as the "Great Firewall," blocks a slew of foreign news sites and social media platforms like Twitter, Facebook and YouTube. The government has broadened police powers to collect personal data for law enforcement and online discussion of sensitive topics such as the 1989 Tiananmen Square crackdown is quickly squelched by the censors.

The officials on Thursday extended an invitation to the international community, saying that China, with the world's largest online population and advanced technology, was willing to share its "wisdom, experience and resources" in governing the internet with other countries. They said developing nations were especially welcome to study the Chinese model, but that Beijing would not impose its values on countries with different traditions, cultural and national circumstances.

"Every country needs to decide on the balance between freedom and order and we have to respect how each country reaches that decision," Long said.

The officials also warned that China's military would continue to beef up its cyber warfare capabilities as "an important part of military modernization," although they said that China did not believe that an arms race was conducive to world peace.

Long urged other countries to maintain mutual respect and dialogue rather than "engaging in confrontation" — in an apparent rebuttal of accusations of state-backed hacking frequently leveled at China.

The U.S. government has publicly aired its frustration with Chinese hacking in the past and has indicted five Chinese military hackers for espionage in 2014.