Two of the most well-known names in vacuum cleaners have ended a two-year legal battle over just how much their products suck. 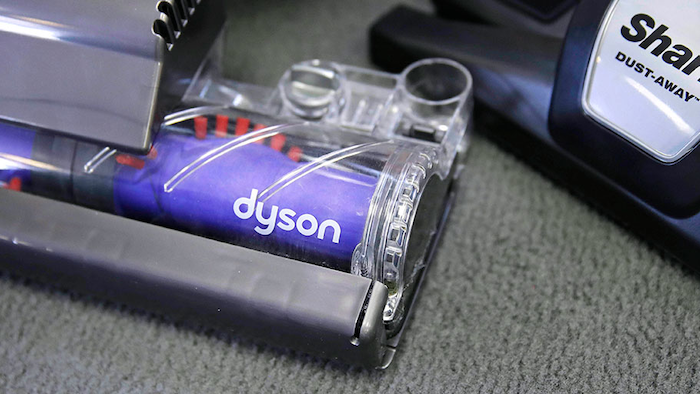 BOSTON (AP) — Two of the most well-known names in vacuum cleaners have ended a two-year legal battle over just how much their products suck.

Dyson, the British technology company known for its upscale vacuums, and SharkNinja Operating LLC, a Massachusetts-based company known for its infomercials and lower-priced vacuums, had sued each other over advertising campaigns in which they claimed their vacuums had significantly more suction or were better at deep-cleaning. Each company accused the other of violating state and federal laws through false and misleading advertising.

A trial was set to begin Monday in federal court in Boston, but late Thursday, the companies filed a notice in court saying both sides had agreed to dismiss their claims. Both companies agreed to pay their own legal fees and costs.

The companies and their lawyers declined to comment on the lawsuits or the decision to withdraw them just before trial.

The battle began after Dyson launched an advertising campaign in 2013, claiming that some of its vacuums had "twice the suction power of any other vacuum" on the market.

The following year, attorneys for SharkNinja sent a letter to Dyson saying it planned to introduce a new vacuum — the Shark Rotator Powered Lift-Away Upright — that would make Dyson's "twice the suction" claim false.

In court documents, Dyson acknowledged that its claim became false once Lift-Away came out, but insisted it took prompt steps to eliminate the "twice the suction" advertising from the market, including spending nearly $1 million to replace packaging.

But SharkNinja said in its lawsuit that Dyson dragged its feet on removing the "twice the suction" advertising claims until early 2015, hindering sales and market growth of Shark's Lift-Away vacuum.

Dyson filed counterclaims against SharkNinja over an upright stick vacuum known as the Rocket introduced in September 2013. The product packaging box for the Rocket included a promotional statement claiming it "deep cleans carpets better vs. a full size Dyson."

A footnote said the claim referred to only one Dyson vacuum — the DC40 — but Dyson argued in court filings that the footnote was so small and inconspicuous that most consumers would not have noticed it and assumed the claim compared it to every full-size Dyson upright.

Each side had planned to call an expert to testify about the amount of profits the company believes it was entitled to because of the advertising claims, but the amounts were not made public.

"It's this idea not just that they feel a personal investment in the brand, but it's also the emotions wrapped up in that sense of brand significance or brand importance," she said.