After defying industry trends in recent years, Apple is feeling the slowdown in global purchases of laptop and desktop computers. 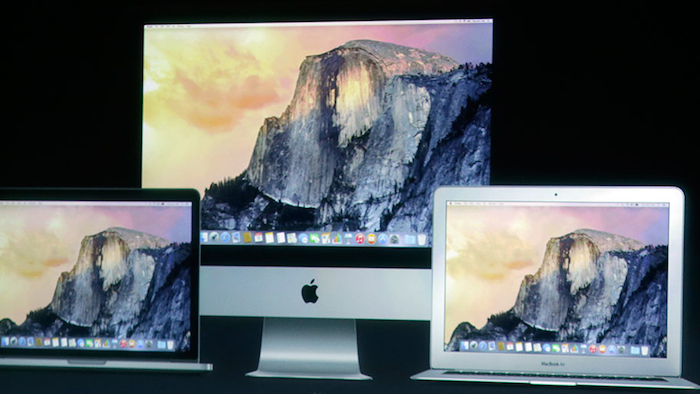 SAN FRANCISCO (AP) — After defying industry trends in recent years, Apple is feeling the slowdown in global purchases of laptop and desktop computers.

Apple shipped 4 to 8 percent fewer Mac computers during the second quarter of 2016, compared with a year earlier, according to new estimates from two research firms — even while some of its bigger rivals managed to find growth in the PC business.

Apple enjoyed steady increases in Mac sales for most of 2014 and 2015, while the rest of the PC market was in a slump. Although the leading PC-makers sell more units, Apple's Macs tend to command both higher prices and consumer loyalty.

But Apple Inc. has been reporting a dip in Mac unit sales since the end of last year, and estimates released Monday suggest that trend is continuing. Analysts estimate Apple shipped 4.4 million to 4.6 million Macs in the quarter ending June 30.

PC sales overall have been declining for the last four years, as more consumers and businesses turn to smartphones and other gadgets. Global PC shipments fell to 62.4 million in the last quarter, down 4.5 percent from a year earlier, according to researchers at International Data Corp. Analysts at a second firm, Gartner, estimated that drop at 5.2 percent.

Lenovo, the world's biggest PC-maker, saw shipments fall more than 2 percent around the world, to 13.2 million, despite a strong showing in the United States.

But HP, Dell and ASUS all increased their shipments during the last quarter, according to both research firms. Analysts said those companies benefited from a healthy U.S. market, consumer interest in new laptops running Google's Chrome software, and seasonal purchases by public agencies.

Microsoft's new Windows 10 software hasn't given PC sales much of a boost. Analysts say that could change in coming months, as the end of a promotional offer means consumers will no longer be able to upgrade older Windows machines for free.

Some Apple fans say an update for the popular MacBook Pro laptop is overdue, while the Cupertino, California, company has been promoting its iPad Pro tablet, which works with a detachable keyboard. Apple enjoyed eight consecutive quarters of year-on-year Mac sales increases before posting a 4 percent drop in units sold during the last three months of 2015. That was followed by a 12 percent drop in the first quarter of this year.

Macs are a small part of Apple's overall business, however, since the company makes most of its money from iPhones. Apple will report second-quarter sales on July 26.