Declines Ease For Manufacturing Technology Orders In May 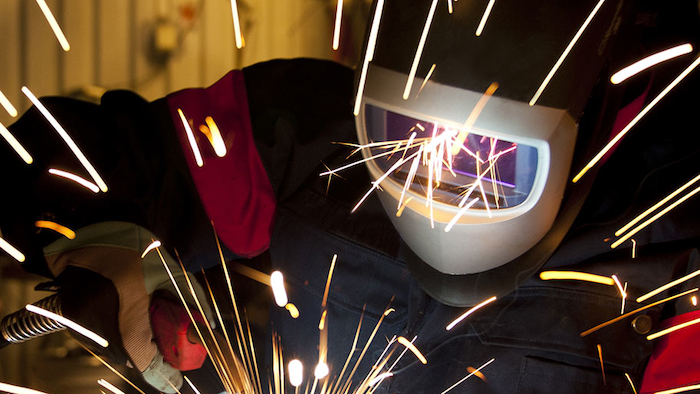 “Overall we are seeing improved sentiment from manufacturing technology providers, as certain key industry sectors are indicating signs of growth — in particular agriculture, which has been stagnant for an extended period, and a resurgent aerospace industry,” said AMT President Douglas K. Woods. “The general economy looks healthier with an especially strong jobs report for June and improved consumer sentiment. With the latest PMI coming in at 53.2, we’re optimistic that the elements are coming together for recovery in manufacturing and the manufacturing technology market over the next several months.”

Concerns around Britain’s vote to exit the European Union and its potential impact on U.S. manufacturing also appear to be easing, as industry forecasters predict only a mild effect for the manufacturing technology market. Some economists predict it could even encourage foreign direct investment into the United States as companies look to do business in places other than the United Kingdom.

May 2016 manufacturing technology orders were valued at $277.74 million, compared to $339.50 million in May 2015. Year to date, total orders stand at $1,512.26 million, compared to $1,815.93 million at the same point a year ago. USMTO data is a reliable leading economic indicator as manufacturing companies invest in capital metalworking equipment to increase capacity and improve productivity. 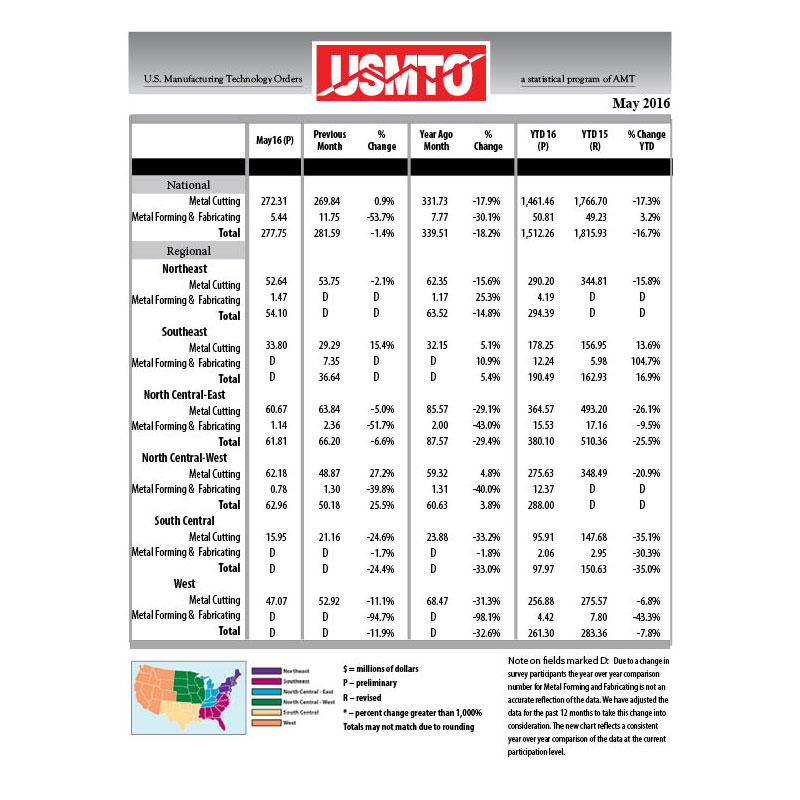