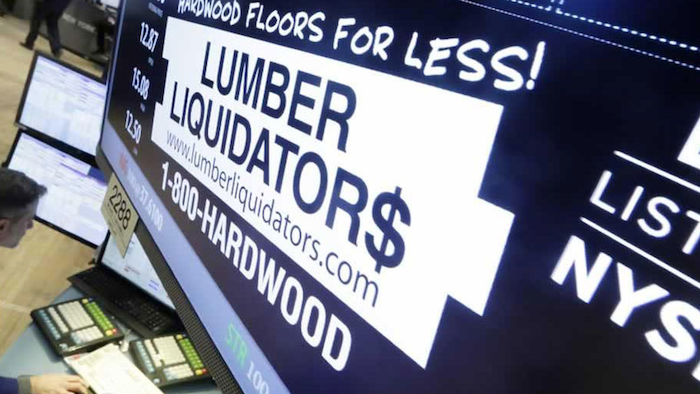 The Centers for Disease Control and Prevention said that the initial study of flooring containing formaldehyde used an improper value for ceiling height, which resulted in airborne concentrations that were much lower than they should have been.

The adjusted results bolstered the estimated cancer risk to 9 to 30 cases per 100,000 people cases — up from 2 to 9 cases in the original analysis. Researchers added that the actual risk was likely lower due to their conservative modeling system.

The revised findings also showed that the formaldehyde exposure could lead to increased symptoms for those with asthma and COPD, and that exposure to the lowest levels in the model could cause eye, nose and throat irritation.

"Our recommendations will likely remain the same," the CDC said. "We strongly stress taking steps to reduce exposures, which should alleviate respiratory and eye, nose and throat irritation. These steps should also reduce the cancer risk."

Shares of the company’s stock fell more than 18 percent after the release of the revised CDC study.