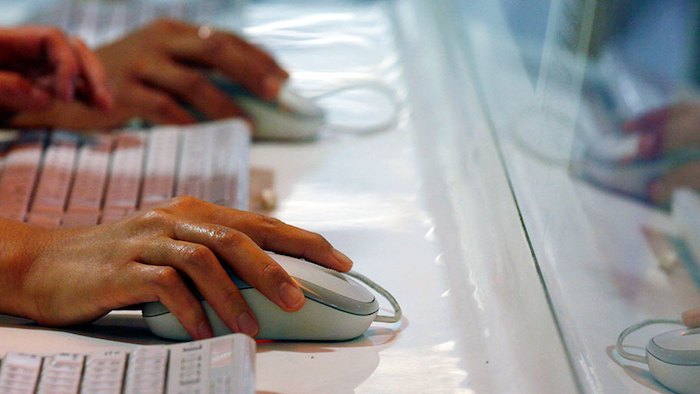 Attorney General Bob Ferguson filed the lawsuit against the U.S. operations of iYogi, an India-based company which boasts of 3 million customers and which announced over the summer that it was opening its first U.S. technical support center in Lewiston, Maine. The complaint also names the company's co-founder and president, Vishal Dhar, of New York, as a defendant.

During a news conference, Ferguson said iYogi representatives often take remote control of the computers of people who seek help, make ominous warnings flash on the screen and then tell them they need to spend money to fix the virus — typically technical support plans costing $150 to $380, or sometimes $80 for antivirus software.

The company also falsely represents that it's affiliated with major hardware and software companies, including Apple, Microsoft and HP, the complaint said, and even sometimes claims consumers must upgrade from Windows 7 to Windows 10 at a cost of $80 to $199 — even though Microsoft offers the upgrade for free.

"After gaining remote access to the consumer's computer, iYogi identifies complex-looking files and claims these infected files harm the computer," Ferguson said. "iYogi misleads the consumer into believing he or she must download iYogi's diagnostic software to fully identify these alleged computer problems."

Ferguson said hundreds if not thousands of Washington residents have been scammed by iYogi.

An iYogi representative said in an email Wednesday evening the company did not have an immediate comment.

Microsoft's chief legal officer, Brad Smith, joined the news conference and said iYogi is one of the companies that Microsoft receives the most complaints about. Both he and Ferguson described the scam as a common one online, defrauding 3 million people in the U.S. of more than $1 billion a year.

In July, Dhar announced that iYogi, based in India, was opening its first U.S. technical support center in Maine, potentially bringing as many 350 jobs over the next year. Maine Gov. Paul LePage attended the announcement and said it was encouraging that a company like iYogi could help reverse the outsourcing trend and create jobs in the U.S.

The deal called for a local company, Argo Marketing Group, to start out by hiring 20 tech support workers in Lewiston and some other locations in the state, under iYogi's guidance and management. But after a three-month trial period, Argo's chief executive, Jason Levesque, terminated the relationship, Levesque told The Associated Press on Wednesday. Levesque said he has sued iYogi in New York for nonpayment.

It was not immediately clear if iYogi had made other arrangements for a U.S. tech support center. The company has said it has 5,000 customer support workers outside the U.S. and 1,500 contract workers who provide on-site technical support in the U.S.

In 2012, Fortune magazine named Dhar one of "Asia's 25 hottest people in business," along with Udhayan Challu, iYogi's co-founder, chairman and CEO. "A $30 million infusion of venture capital by Sequoia has helped this tech-support company (a rival to Best Buy's Geek Squad) expand to 5,000 employees. The tech industry veterans, who met on an airplane, expect sales this year to double," read a blurb accompanying their portrait.